Tired of living with in-laws 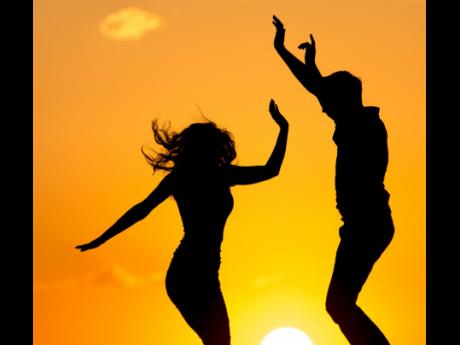 I am 30 years old and my significant other is 35 but we are not married. I did not want to get married to him because I did not want to live at his parents' house. He is an only child and he is very close to his mother. I understand how a son can be close to his mother but there is nothing this man does without telling his mother. When I got pregnant for him, it was a mistake. I had to move in with him because I became ill. His mother who is a nurse took good care of me and I got better and I had my first child. I got pregnant again and he proposed to me and he said we should get married. I told him I could not get married to him and live in his parents' house. Pastor, his mother is no problem to me but I have never felt like a full woman living under the roof of another woman. I told him we should go out and rent a place and he told me that I was crazy. This man is now 35 and we have to be careful to close our doors tightly so I can have the type of privacy we ought to have. Our children love their grandparents and sometimes would even sleep with them. I want to have my own home but my husband is a hard-headed man and it does not make any sense complaining to his parents because as I see it, they don't want him to leave. He would marry me if I agree not to harass him about moving out, but I cannot marry him and live with him in his parents' house. What do you think?

I am sure that you are thankful to your fiance's mother for taking care of you when you were ill and I am happy to hear that both of you get along very well because often, mothers-in-law don't get along very well with daughters-in-law. But having said that, I agree with you by saying your fiance needs to find a place of his own and move out. His parents may never ask him to leave but he should know that it is time for him to establish a home of his own and turn his own key. But in addition to that, it is time for him to make you feel like a woman. You will never feel totally free until you are in a position where you can move freely in your own home and talk freely. So if this man will not even make an issue to leave you should raise the matter with his parents. He might tell you that you are wrong for doing so but I repeat, raise the matter with his parents. If he tries to brush it off, raise it again and again. You should know how much money this man has saved and I am sure that you have been saving too. Both of you, therefore, should have enough to make a down payment on a home and pay the mortgage with relative ease. That is my suggestion and please don't sleep on it because it is time for this man to do something.