Taking my chances with younger women 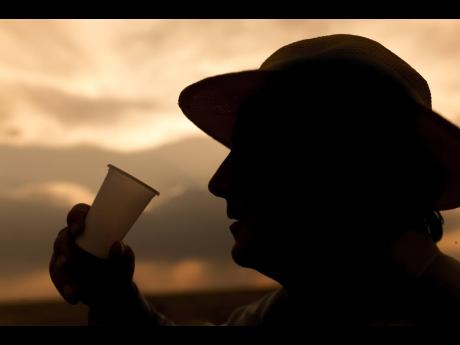 I turned 51 earlier this year and I am having a challenge. My children's mother and I had a very good relationship. She has helped me to be what I am today, and there is not a night that I go to bed without remembering her. She was the type of woman who did not complain about whatever I gave to her. When we met, I was working on a truck that transported people from the country to the market in Kingston. She did not talk much, but I admired her and we became friends.

One day I told her that I liked her and she asked me how many other women I had told that. I told her I don't remember telling any other woman that but this time, I mean it anyhow. I didn't like her struggling with all her bags and boxes, so I paid a lot of attention to her. I stopped working on the truck after a while. Whenever she comes to the market, she would come and spend time with me after she has finished selling her produce. We lived together for about five years then we got married.

The wicked thing that is called cancer took her away, and I have not got over her. As I said, I think of her every night. My two children are concerned about me because they are not living here.

What I noticed, Pastor, is that big women are very aggressive. My wife was a calm person. I know what young girls want and I am not interested in young girls. People say the young girls want money from older men. That is true. But every woman that I met who is in their early 50s wants to come in and tell me what to do.

I have slept with a few young girls. They sleep with me and I give them some money and they are gone. They call me when they need money. It's like a little business. I am not worried about that because I want to protect myself. But the older women want to take over right away and to tell me what to do in my house. I cannot deal with them. My two children are living in Florida and they send me money every month to pay the bills. One woman, when she heard that my children send me money, makes sure that she comes around every end of the month to beg me for money. I was never a wild man, but at present, I find myself with three young girls. But as I said, they come, we do our thing and they leave. These older women want to hang on. They want too much. This house is for my children. Every woman who has come, and is interested in me, I have told them that I have nothing. However, they always ask me about the house.

One of them came here and instead of spending a weekend, she spent a whole week and brought two of her grandchildren with her. I almost went crazy. My children told me that they can find me a nice woman from the church they attend in Florida. I think I am going to take the chance and go away for a while. What do you suggest?

Very often after women have passed the age of 45 or so, and they do not own property and they see men who have houses and so on, they do just about anything to be involved with these men. It is not that the women are bad, it is that they become aggressive and people often asked them how come they are so attractive and were not able to get married. So, they offer themselves to men and hope that they would find a 'good catch'.

I am sorry to hear that you lost your good wife, but you have some good memories of her and you have good children who show to you that they care. But you are not an old man, so if indeed you meet a woman you love you may consider getting married for the second time. I think that your children are indicating that to you, but they want you close to them. They don't want to see you stay in Jamaica and suffer; neither do they want you to work anymore. You have heard the saying, "Once a man, twice a child."

Children who have done very well always believe that their parents ought to listen to them. Your children believe that the time has come for you to listen to them. Don't fight them at all. Don't tell them you are a grown man and you can do whatever you want to do. You might have that in mind but don't say it. If it is at all possible to live with them in America, you should consider doing so. Don't take on these women. If you do, before you know it, your house would be packed with grandchildren that are not your own.

I must also warn you about the young girls. You also know what they are after. Many of them throw themselves here and there. They go with Tom, Dick and Harry. They may pick up diseases, so make sure to be careful what you do. By the way, the American dollar is precious, don't waste it on women whether they are young or old. Take care, brother.