Madly in love with my cousin - ‘Even though she is family, I wouldn’t mind being with her’ 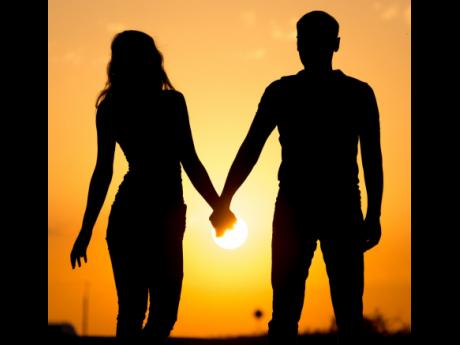 I am 25 and when I was growing up, I used to travel from Kingston to the country during the holiday seasons at any chance that I got. I used to stay with family members.

My female cousin and I were really close. We talked about everything and we used to give each other advice. We lost contact for about three years because I never travelled and she lost her phone.

When I finally saw her, she was even more beautiful than the last time I saw her. I developed even more feelings for her because she was everything I wanted and couldn't have. Whenever her parents would leave the house, she would always ask me to take nude photos of her, which I did, and I got 'stiff' multiple times and she was horny. We nearly had sex one time. A couple of days later, we were watching a TV show and there was a sex scene and she started whining on top of me. I began kissing her neck and she said, "You are my cousin and I wouldn't want to have sex with you. Can you go down on me?" I ended up doing it that time and multiple times after. She never returned the favour but promised that she would, and massaged my private part every time. We used to talk every day about how we missed each other and wanted to comfort each other. Even though she is family, I wouldn't mind being with her, but because of our environment and the place we live, I wouldn't want to put her through all that pain. What would our family think?

being in her presence

A couple of years after she started university in Kingston, she started to stay in the Corporate Area, so I would see her even more than ever. I invited her to come and stay with me and she would always find an excuse. But whenever her boyfriend tells her to come over and spend the weekend, she does, and that always hurts me. I started feeling that she didn't want anything to do with me, so I got a girlfriend. But I still feel empty. My current girlfriend and other girls who I have been with couldn't fill the gap that my cousin makes me feel just by being in her presence.

I love her more than anything. I confessed my feelings to her that weekend. She said that I will find someone to love just like her. Everything that I have done for her was without thinking. If she wanted money, I would give her. If she wanted her schoolwork to be printed, I would print thousands of pages for her, buy her food and travel for hours just to bring it to her. Whatever she asked of me, I did. The things I have done for her, her boyfriend wouldn't. Her boyfriend didn't even travel through all this COVID period to see her. I did. I risked my well-being to please her and I am really trying to get over her. But each time the feelings come right back. Should I stop talking to her for a while? What should I do, Pastor?

Why have you allowed your emotions to get the better of you? This young woman is your cousin. You love her, but the love you have for her is sexual.

She has reminded you that both of you are cousins and she recognised that it is not true love; it is lust. It was for that reason that she allowed you to give her oral sex. Therefore, when she got involved with a man, her love for him was at a higher level. You became jealous and you refused to accept that she was doing what was normal. When I say normal, I mean it is normal for a man to love a woman, but it is not normal for people of near kin to become sexually involved.

My dear sir, it is time for you to get smart. Leave your cousin alone. End the relationship. Settle with one girl. Learn to love that girl with all your heart, especially if you believe that that girl loves you. It might be wise for you not to talk so often with your cousin, neither to visit her, nor see her in the nude. You are angry with your cousin because she has rejected you, but she is doing the right thing.