I have placed my cheating girlfriend on probation 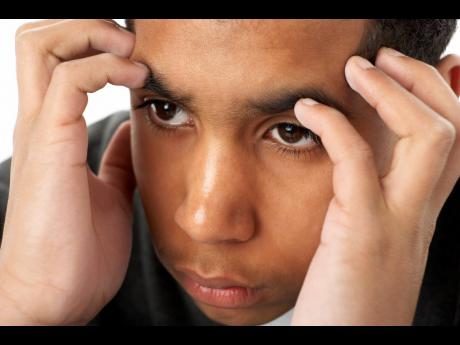 I always read your column. I am 29, and my girlfriend is 26. I have put her on probation because while I gave her my trust, she cheated on me with one of my friends. It really hurts and this friend is living with his babymother.

She admitted that she had sex with him because she did not see me for three weeks. She said that she needed some help and this man was available. I could not believe that she did that to me. I told her that the relationship was over, but she begged and begged and begged. I felt sorry for her because she has a one-year-old child, and the child's father doesn't support the baby.

When I met her, she told me everything. I could not believe that just after not seeing me for a few weeks, she would go to bed with another man. You may wonder how I found out that she cheated on me. While we were together, I went into her phone and saw a text from this man, and the text was suggestive. I saw another text in which he was asking her for more of her, and he wanted to know when it would be convenient. I woke her up and ask her what was going on, and she said nothing.

I asked her what did those texts mean and she would not answer me, so I gave her two slaps. She then asked me to promise not to beat her if she told me the truth. I went and got myself a very strong drink, then I told her to explain everything to me. She told me she needed money and some sanitary items, but she couldn't wait until I returned to Kingston. She said that this man gave her money, and that is why she cheated. She intended to delete the messages he sent to her.

We have not been having sex since I found out what she did. I have put her on probation and told her that she would have to prove herself if she wanted me to continue with her.

My father told me that whenever a woman gets involved with her man's friend, he should never trust her. I really love this girl, but I can imagine how this man is laughing at me. I have given her everything that I can afford, and this is what she has done to me. I have not exchanged a word to this man since I heard that he has been involved with my woman.

Pastor, I could have had sex with some of her girlfriends, but I chose not to do so. She told me that it happened only once. However, as far as I am concerned, it should not have happened. I would like to know how to deal with this situation. Sometimes when I see her naked and passing by me, I don't even feel aroused. Also, at times when she is in bed and trying to hug me, I pull away.

I am always wondering whether she would repeat what she has done. I have not said anything to my family because those who know her, love her. It is hard to forgive her. I would like to hear from you, as a counsellor, about how I can deal with this matter. Do you think that she would repeat what she did? My dad says a cheater is always a cheater, whether it is a man or a woman. What do you say?

I have heard it being said by many that a cheater is always a cheater. I am not prepared to go that far. I believe that a person who has cheated can be redeemed. However, if it is the habit of a person to cheat, he or she will cheat. Whenever he or she is faced with a challenge, such as being unable to pay bills, and there is someone available to help, that person may resort to sell her body. It is an easy way to earn money. Some men don't offer help without getting something in return.

I believe that you have tried to help this woman and you feel let down. What you need to do now is for both of you to make an appointment to see a family counsellor and try to deal with the matter. It is not going to be easy for you. Your woman has made herself very cheap.

The man who went to bed with her should not be considered your friend at all. Do not hit this woman. If you thought of marrying her, perish that thought until you are convinced that she has changed.

I don't know how many months you have put her on probation, but the counselling sessions cannot be for a short time. Sometimes it takes months and sometimes years, to rebuild trust. However, nothing is impossible. I wish both of you well.