Babymother caught me having sex at work Babymother 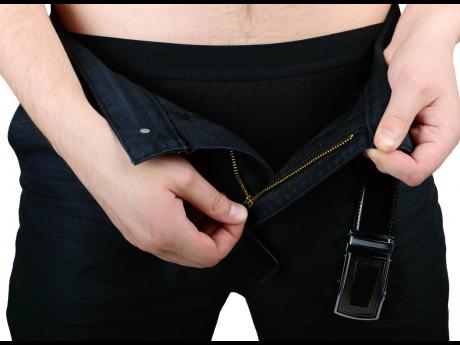 I am a security guard and I am 25. I have a regular post and I have been there for a year. I am living with my babymother but I also have a girlfriend.

My babymother has a sister who came to stay with us. So my babymother decided to leave the baby and give me a surprise visit at my workplace. My side chick also decided to visit me. She had done that many times. But this was a bad night. While she was there with me, we were fooling around. I was on the job but also looking out to see if anybody was coming. I don't know what happened but I did not see my babymother at all. When my girlfriend came in, I closed the door and we were together for about 30 minutes. I dropped my pants and she took off hers and we were having sex. My babymother knocked and when I asked who it was, she said 'thief' but I recognised her voice and I told her to give me a minute. She asked why I couldn't open the door.

I was giving my girlfriend time to put on her clothes. She did but I put her panty in my pants pocket. I opened the door and when my babymother came in, she asked about the girl. I told her that she was a friend. We started to argue. My girlfriend did not respond. My babymother told my girlfriend she would have to leave but I told her she should not go. I tried to get my babymother to go home and she said both of us would have to go together. My babymother decided to fight the girl because she said she suspected that I was keeping another woman. I walked off the compound and gave my girlfriend her underwear. She called and I gave her some money to take a taxi home. I did everything possible to try to convince my babymother to go home but she decided that she would not leave without me.

I know that I was wrong in having my girlfriend visit me but my babymother can't see that she shouldn't show up suddenly at my workplace. I told her that I am leaving her but I will support my child. She is threatening to report me to the company. So I should know that if I am leaving her, I will not have a job. I can't afford to give up my job. Now to make matters worse, my girlfriend has advised me that she believes that she is pregnant. She is in a good job but she is suggesting that we get married before the pregnancy begins to show. I don't know what to do.

I need your advice. I love my son. I did not want to break up with his mother but she has been calling this girl and threatening her. She got her number out of my phone. Please, give me your advice.

Do you really mean to tell me that you are willing to give up your child's mother and have a permanent relationship with your so-called girlfriend who has now advised you that she might be carrying your child? How can that be the correct thing to do? Your child's mother was very upset when she saw a woman at the workplace with you. She is human and you are behaving as if she didn't have the right to fuss with you and to demand that the young lady should leave. If she carries out her threat to report you to the company, you will only have yourself to blame.

So, I am saying to you now, try your best to make peace with your child's mother and end the intimate relationship with this other woman. If she is pregnant and you believe that you impregnated her, you should support your child. But I do not suggest that you give up your child's mother for her, and that's the way I see it.