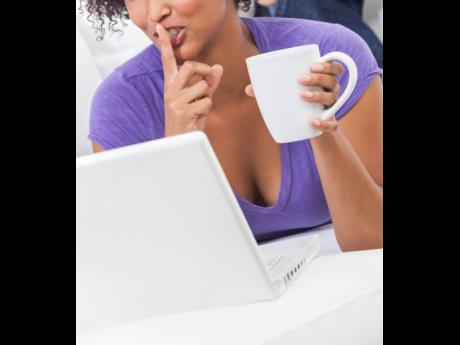 I have been living with a woman for nearly 20 years. When I met her, she did not tell me that she was married, but by the time I found out, I was wrapped up with her.

She said she was sorry for not telling me, but she said her marriage was not real. She doesn't remember signing anything and she did not get a marriage certificate. She was 22 and the man was much older. He told her parents that he would take her to America.

After they got married, he stayed with her in her parents' home and then he left for America. She has never seen him again. When she calls the number he gave her, it goes unanswered. She did not have children. Nobody could tell her anything about this man. The only thing she knew about him was that he was from down south.

I am getting older every day and I would like my life to be straightened out. This woman would like to become a Christian. The pastor is always witnessing to her but she does not want him to know that she is married and that her husband cannot be found. The pastor thinks that I am her husband. He told her that he would like to speak to me and if she really wants to serve the Lord and I am a hindrance, she should leave me. The moment she told me what he told her, I decided not to discuss anything with him because he should not tell her to leave me. This woman and I are coming from far. She treats me well. She is a good saver. I don't have to watch her. Sometimes when I am broke and I tell her, she tells me that she has some money saved apart from what we have in the bank.

One time I thought she would break up with me because she caught me having sex with a day's worker. This girl was always tempting me and telling me how much she loved me. One day I stayed home from work and she came to wash. She caught me peeping on her when she was changing her clothes, and she asked me if I liked what I saw, and I said yes. One thing led to another and we ended up having sex. My girlfriend came home and saw me trying to put on my shorts. I couldn't hide. The girl went into the bathroom and could not come out because she was naked. I had to throw her clothes in there for her. My girlfriend paid her and I told her that it was not her fault. She said she couldn't fire me but she could fire the girl. They are now good friends because I can call on her at any time to help us.

My woman had surgery and it was this girl who helped her while she could not help herself. Can you tell me what she can do? She does not believe that her marriage was real; would it be alright for her to get married without a divorce paper because there is nothing to show that she was married?

The story of your woman is not unique. Many women have married men from abroad who they thought were single. I have said it many times. These men come to Jamaica and meet women and make great promises. Sometimes they just want to have a fun time while they are in Jamaica. They propose to the women and who accept their proposals. It is amazing that these women allow themselves to go to these people who pose as marriage officers, but the marriages are not legal. They use the women all over Jamaica. They even rent cars and travel with them everywhere. But when they leave Jamaica, the women never hear from them. That is what you are saying happened to your woman.

If she remembers the marriage officer's name, the man's name, the date she got married and the address, she should apply to the Registrar General's Department (RGD) for a certified copy of the marriage certificate. The record would be with the office. But if the marriage was not legal, the RGD would not have anything. If the record is there, both of you should not get married until she can prove that she is divorced. If she cannot prove that, she should seek the help of an attorney who may have to file for her to get a divorce. Do not, and I repeat, do not take the risk in marrying this woman unless you follow the correct procedure.

I believe that she truly loves you and you love her, otherwise she would not forgive you for getting involved with the day's worker. Don't hold anything against the pastor. There are many churches that are against divorce and remarrying, and I have to deal with this issue almost every day.