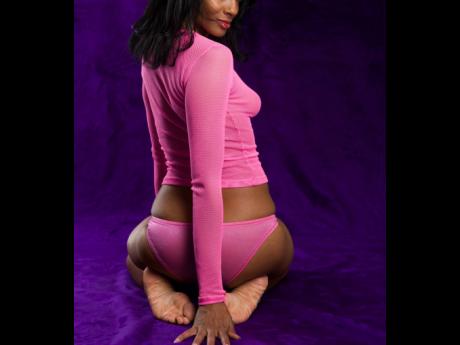 I am a regular reader to your column and I need your advice. I am 24 and I became sexually active when I was 16. I was born in the ghetto.

I saw my mother with different men all the time. I learned to survive by giving men what they wanted and getting money from them. Some people would say that I grew up fast, and that is the truth. I was fortunate that nobody got me pregnant.

When I started having sex, I did not use any protection. I have an older sister who used to sleep out regularly. She used to help me with money, too, but she got pregnant. Then as soon as she was able to go on the street, she went. I once caught a disease and the doctor asked me if I used any protection, like condoms, and I told him no. He told me not to have sex with anyone unless they were using a condom. Another time I asked a guy if he had a condom and he said no, so I got up. He tried to hold me down and I bit him. I put on my clothes and started walking until I saw a bus and I took it to go home.

I was upset with that guy because I told him we could have sex, but he must use a condom. We made up and we had sex many times after that incident.

While I was having sex with these men, I was still in school, but I was able to afford school because of the life I was living. Sometimes I was able to help my younger brothers to go to school, too. After leaving school, I got a job in a supermarket and one of the cashiers invited me to a crusade. I went and I eventually became a Christian. After I got baptised, I met a man in the church. He and I became friends. He is a businessman. He told me that he was married, but his wife was not in Jamaica and the marriage was not going to work. His wife is divorcing him. I told this man my life story.

He has told me that after he gets his divorce he will marry me, but he wants me to write down the names of all the guys I can remember having sex with. The list is very long. I asked him why he wanted me to do that, and he said he wanted to see if he knew anybody on the list. I started to write down what I could remember, but I stopped because I told the man that he should accept me for who I am today, not who I was. We had a fuss over that and he called me a whore. I never considered myself a whore; I did what I had to do to send myself to school.

This man is taking good care of me. I feel better within myself. Many people are getting to know that he is my boyfriend. Sometimes he throws my past in my face and I don't like that. When I complain he says he is only joking, but I don't like those types of jokes. I will never leave him. He told me that he will not get me pregnant until we are married. I am longing to have two children and to raise them in the church. Please give me your advice.

Tear up the list that you have made of the number of men with whom you have had sex. I believe that the love that this man has for you is real. But it is unfair for him to ask you to make a list of all the men who went to bed with you. You are an intelligent young woman. You told him that he should not love you for your past, he should accept you as you are now. Your past is behind you.

I do not believe that this man genuinely believes that you can remember all the names. You should not have told him everything about your past. If you had not told him these things, he would not have been able to throw it back in your face, so to speak. He is unfair. On the other hand, I am glad that he loves you, and I believe that he will keep his word and marry you after he has got divorced. Be true and faithful to him. Continue to go to church. I hope the man will respect you and stop insulting you in the future.