Koffee to launch EP on Wednesday 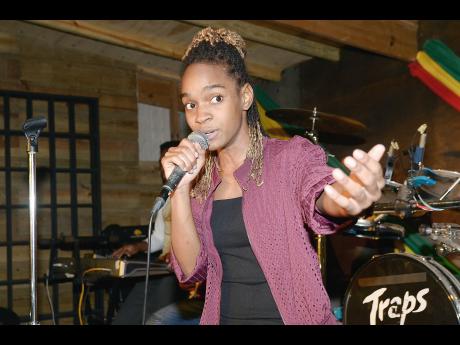 Starting the year in high gear, Koffee kicks off her performance year with a return to the Rebel Salute stage this weekend.

But before that, the rising star will host her first listening event on Wednesday, for her debut EP called Rapture, released by Colombia Records UK.

The launch will be held at Tuff Gong headquarters on Bell Road.

Since her quick appearance on the reggae music stage last year, her career has seen tremendous growth.

From a viral Instagram song called Legend, which earned her reposts from the song’s subject (Usain Bolt), to being pulled on stage by stalwart performer Cocoa Tea, the young singjay now finds herself is the midst of a meteoric rise to international stardom.

According to Koffee's mother, Jo-Anne Williams, Columbia Records UK recruited for the singjay mere days after her appearance with Cocoa Tea.

After finalising the details of that recording contract, the singjay hit the studios.

In an interview with The Gleaner during the Christmas season, Koffee revealed that her debut project was on the way.

"We've just been working on music, planning and stuff. Even Toast that was recently released - we'd been working on the planning of promotion. Everything you're seeing now was being planned all along. There’s an EP that Toast came off of - with four other songs. You can expect that in February 2019," she said then.

Along with Toast, Koffee has also released Ragamuffin and Burning – all of which have enjoyed heavy rotation.