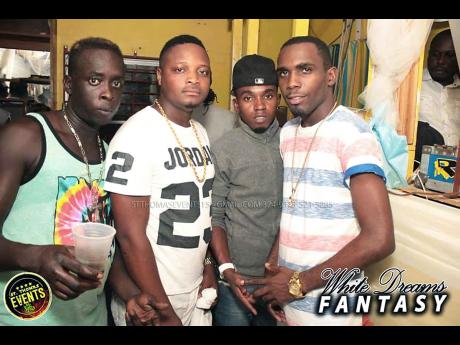 "I have worked tediously on the Raverz Movement brand, and it's the heart and soul of St Thomas," a proud Lando Raverz explained.

A St Thomas Technical alumnus, Lando discovered his love for music at a tender age. He was once a part of the very popular Super Sonic sound, also from St Thomas, then joined Portland's Fire Squad sound where he gained many skills under the coaching of Fire Greg and Jermy T.

Lando subsequently became a part of the Zone Warrior sound where the energy continuously increased and his fan base kept growing.

Well known to start parties and maintain the energy throughout an event, Lando Raverz eventually started his own sound system, Raverz Movement, which continues to receive multiple bookings regularly.

The young, energetic DJ is grateful for enlightenment he received from popular established disc jocks such as Richie Rich, Tonny P, Badda Bling , Ikel Marvelous, likkle Richie, Gary Chucks, Nico Bam Bam, Simple White, City Lock and Randy Rich. He also speaks very highly of ZJ Liquid who has pushed him towards his goal and has never stopped encouraging him.

"I use this medium to sensitise Jamaica and the world at large to watch out for Lando Raverz and his crew, as we have the determination and consistency to make a lasting impact on the industry," he said.