Teetimus inspires me - Sanity excited to work with Platinum-selling producer 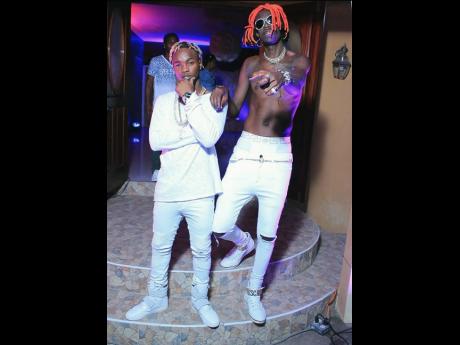 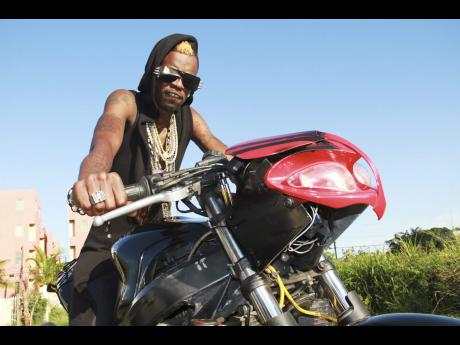 Teetimus, who is known for his production of hits like Bruck It Down by Mr Vegas, Affairs of the Heart by Damian Marley, and Mystery by Bounty Killer, as well as his hit record Lifestyle, featuring Tanto Blacks.

Sanity is very excited about the collaboration. He told THE WEEKEND STAR that "We met and he got a chance to listen to my work. He respects the art and what I am bringing to the table. Teetimus has a catalogue of hits under his belt. For him to take the time and pay attention to a young artiste like myself, I take my hat off to him for that because in Jamaica they don't really focus on young talents. We are releasing a video for the collaboration soon, and it is all good vibes thus far," he said.

Aside from his talents in production, Teetimus is known for his outlandish fashion, which pushes the boundaries of image in dancehall.

"Dem man deh known fi dem fashion, and all wear nail polish and dem thing deh. But that just shows his level of creativity and uniqueness. He is always a step ahead of the game, and I am already drawing inspiration and learning from him. He has an ear for good music, and I am making a lot of improvements in my personal career due to the affiliation because he is genius and an icon," he said.

Sanity, Teetimus and Music House Production recently hosted an event titled Residential The Rebirth of the House Party series. The event was attended by Renaissance crew and a slew of entertainers.