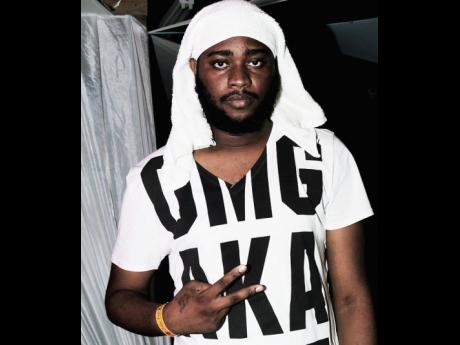 Code Red Sound System was recently featured on the international Red Bull Culture Clash held in Atlanta as a part of the team led by Kanye West's associate, Wonda Gurl.

According to selector Chris Dymond, Red Bull recognises the importance of preserving authentic Jamaican culture and did not filter the clash.

"Expletives were allowed, and even the British man dem use our bad words. Freedom of expression was allowed, and it was just a vibe. Everybody knows that we are not inciting any violence, it's just fun. It was nothing derogatory, and even Americans and Yankee people curse Jamaican bad words. It is so ironic that in Jamaica you can't even do that," he said.

The selector also said the audience came out for a real Jamaican entertainment package, especially since the clash was promoted as Popcaan's first and official United States debut.

"On a big international stage like that, endorsed by Red Bull, we were able to relay the real, authentic form of Jamaican sound clash. We were allowed to play our dubplates raw and say what we want to say in that true original form of how sound-system culture started in Jamaica. Jamaica has lost that aspect of our culture because we are forced to edit our dubplates. Even if it is an adult entertainment space, they water down our clashes in Jamaica. People in Europe and those places are doing what we used to do in Jamaica and are enjoying it more than us right now because we have gone too commercial," Dymond said.

The selector said the fact that he and Code Red Sound System were booked by foreigners is an indication that their work is being recognised in high places.

Code Red made it to the final stages of the clash. However, victory went to Popcaan's Unruly team courtesy of a deadly Popcaan dubplate which Chris Dymond claims was recorded during the clash.

"People came to see Popcaan. So no matter what we did, the people were there to support Unruly. But that Popcaan dubplate was made during the clash. I feel like he was watching and felt some type of way and so he made the dubplate and send it to them on spot," Dymond said.