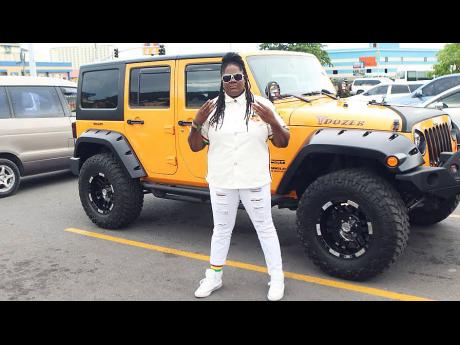 Reggae artiste Safira Mono has launched a scathing attack on the alarming number of dancehall personalities and public figures who have undertaken cosmetic surgeries in recent times.

She labelled these public figures, who have had breast and butt enhancement procedures done, as "mindless puppets" who are carrying out the mandate of a society intent on creating a poor, frustrated and intellectually bankrupt underclass.

"There are certain media puppets out there - intelligent women who ought to know better, but because they have a media platform, they can act the fool. I don't blame them for hating themselves and pretending as if they are happy, but I have a problem when they attempt to mislead the youths. They were taught to do so by an entrenched system of corruption which begins in school and church," Safira Mono said.

She said the lure of celebrity and status is a weapon that creates a nation of "modern-day slaves".

"These women are seen as celebrities, and the negro youths are their biggest fans, and they are my biggest concern. Puppets are trend followers and would do anything for the endorsements and the spotlight or to get likes at the expense of the children losing their innocence. They are creating a system of economic slavery, psychological slavery, and spiritual slavery by dangling unrealistic body images and a false lifestyle for the youths," she added.

She believes that the rash of recent cosmetic surgeries is a mere symptom of the self-hate.

"It is like telling the Almighty God, the Creator of all things, that He was wrong when He created us. So we correct God. This issue is a vexing one for the black race because it also shows lack of confidence in self - a condition which the black race is suffering from - although some are still unaware that they are suffering from self- hate," she said.

Safira Mono, who is known for her song, Monitor, recently performed at the Marcus Garvey celebrations hosted by IRIE FM. She is a firebrand Rastafarian fighting for righteousness in a decadent time.

In addition, she will be releasing a new single, Cruff Life, along with an accompanying music video next week.