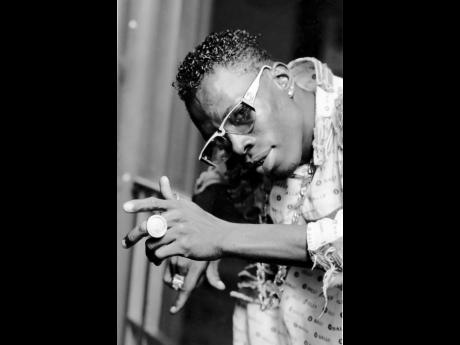 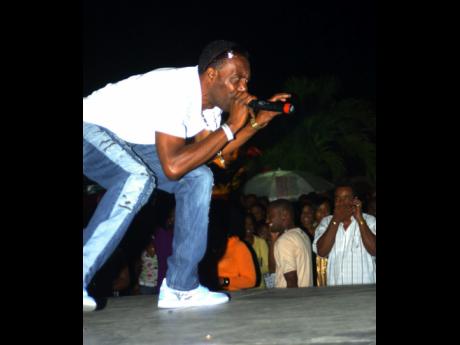 The magazine made the statement on Twitter, and got strong backlash from fans who felt that Shabba Ranks was being discredited for his influence on urban popular culture.

"Thanks to Harry Styles, wearing multiple rings is a now a thing," the publication tweeted.

However some fans claim that Shabba was wearing multiple rings from the 80s.

"He's a true icon. There are quite a few cultural developments that can be linked to Shabba. Even baggy jeans and now even that is back in style," one person tweeted.

Another wrote "Bwoy farin people love tief we style and own it #appropriation. @britishgq you guys are disrespectful. How could you give Harry that type of accolade?"

"A long time foreigners love the rings dancehall artistes used to wear. From back then, Shabba used to wear nuff rings but him never have jewellery like me. I was the jewel store, only Little John had an anchor chain bigger ... my fingers were filled with rings," he said. "Shabba must be credited for the baggy pants though because he made that the talk of the town and Ninja Man called it the 'doo doo pants'. A lot of youth began to wear it so it became popular at the time. But for dressing, Pinchers was the man everybody really looked to, he was like the Jamaican Michael Jackson."

Johnny P also believes foreigners and magazines like GQ are now misappropriating Jamaican culture because the younger generation of Jamaicans have become followers not trendsetters.

"It all goes back to how we do the music. These youth only use the computer and loop some sounds to make a rhythm, then get a big name artiste like Bounty Killer to record on it. Then say they are big producers," he said. "They don't take the time like a Sly and Robbie, a Steely and Clevie to learn the craft. Because they have been following hip hop, the new set of young rappers now see us as followers, and don't even know that we are the real trendsetters. It's only veterans like Ice T, Ice Cube and Snoop Dogg dem know that a Jamaicans set the thing."

However, contemporary New York rapper ASAP Ferg released a song titled Shabba Ranks in 2013, in which he gave credit to the icon for his taste in jewellery, including wearing multiple rings.

Shabba Ranks also made a cameo in the remix music video with the young rapper. Rolling Stone magazine also got the wrath of Jamaican fans last year, after they called dancehall music 'tropical house genre' on Twitter.