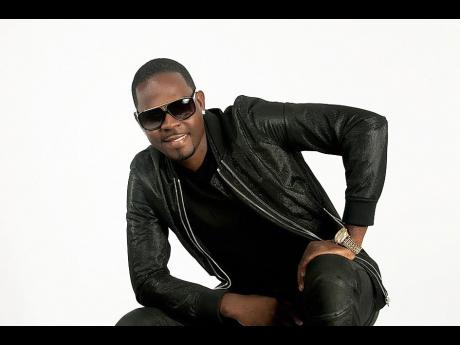 Dancehall artiste Benji Hype believes that young artistes need to refrain from using cheap publicity stunts and gimmicks to generate attention without focusing on honing their delivery and writing skills.

"I realise that a lot of young artistes coming up are not focused on production, and learning and improving their craft. They want to skip the line, so some of them a kidnap themselves, they are wearing masks, bleaching, dem a do all kind of things that have nothing to do with the craft and becoming a better artiste," he said, laughing.

The artiste believes that it takes time for artistes to develop and create a unique sound that can cross international boundaries.

"When I came into the industry, I thought that I was just going to come in and take over, but it is not as easy as it seems. It takes time to improve as a recording artiste and some things you can only learn through practice and time. You have to put in the hours to be great. You have to wait your turn. It just takes time," he said.

Benji believes that his time may be coming around at last. He is seeking to capitalise on the buzz around his latest single, Run the Place, released on the College Boiz label on the 'Party Shellaz' rhythm.

"Since the song first blast out, mi a get crazy requests for dubs from disc jockeys and street selectors. Everybody a say 'Benji, yu find it!'. So right now, mi a turn up the promotion on this song all over the world," he said.

Released on August 21, the single is already generating a great buzz on the radio, and a music video to capitalise on the song's popularity is in the works.

"The song can play right alongside any party song that a run road right now. In fact it is playing right after Aidonia's Yeah Yeah in the dance. Boom Boom ah deal with it wicked," he said.

Other singles from the artiste include It's Time featuring Ginjah and Mi No Care If Yu Gi It Weh.

"Right now, mi a go all out fi mek this happen. The people dem a show mi crazy love on Facebook and Twitter, and that just encourage me to go harder. The sky is the limit," said Benji.