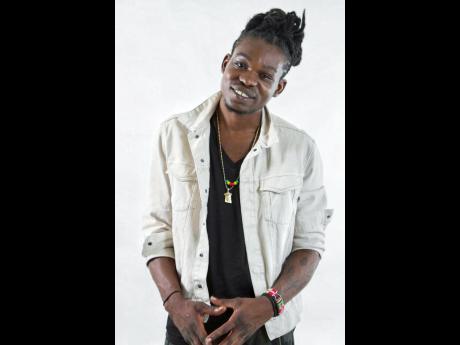 The social commentary track was written by Sayles and fellow recording artiste Jadda, and uniquely details what it is like as a Jamaican living in an inner-city community.

According to the artiste, the single is not a wake-up call, but a reminder that the island is still separated by a strong class system.

"The song pays attention to the scarcity of money in the inner city and how sometimes our women are forced to settle for some unfortunate situations in order to pay the bills. Some men really love their women and the women know this, but due to economic situations, they will still stay to find a rich man who can support them financially," Sayles said.

A music video was recently filmed for the song and features a cameo from popular dancer-turned-actor John Bling.

"The song is a reality record and goes to show that love is a good thing. But when it comes to money, love can be compromised. The song is timely, especially in a world where we are plagued by bills and other expenses. You can give your heart to some women, but if you can't give them money along with your heart, your relationship is as good as over," John Bling said.

The dancer, who was recently featured in the action film Jamaican Mafia, also noted that he decided to participate in the music video for Billz Due because the message is one that can inspire others.

"When I was approached for the video, I was quick to jump on board because I believe in the message. A lot of relationships have been destroyed due to financial situations, and so I want to help and sell the idea that 'look, money is not all'. Sure, bills a pressure wi, but love can get you your heart's desire if you believe in it and work towards your goals" he said.

The full-length music video for Billz Due will be available on YouTube this week.

"Everybody singing about sex, this and that and bad mind. So I have decided to find other topics to focus on because that is how my mind operates. Fans have expressed that they like the record. Some women nuh too like it because it throws dem under the bus. But sometimes you have to beat and teach," Sayles told THE STAR.