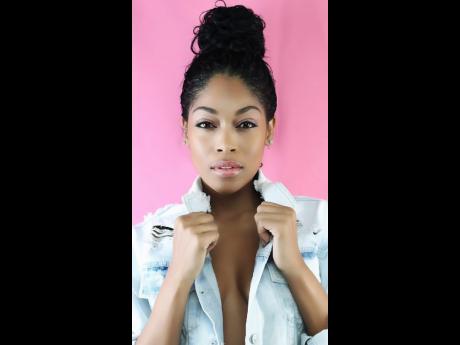 With the Christmas season fast approaching, up-and-coming artiste Tosh Alexander has teamed up with some local musical powerhouses to kickstart the festivities.

She is gearing up to release a five-track EP, titled An Island Christmas With Tosh & Friends, which features the vocals of entertainers such as Romain Virgo and Christopher Martin.

In a release sent to THE STAR, the songstress said she could not resist the opportunity to put out something for the Christmas season, dubbing it her 'favourite time of the year'.

"From the lights to the carols and the overall spirit of the season, it's a time where everyone comes together and it truly makes me happy, so I wanted to reflect that in these Christmas carols chosen for the EP," she said. "Christmas is definitely my favourite time of the year, when you hear them (the songs), I want you to have that same feeling of happiness and warmth."

Slated for release on December 8, the EP will be available worldwide on all major digital platforms, but can be pre-ordered as of Friday (consumers will get a bonus track).

Upon official release, physical copies will be made available via the various local music outlets.

During her sojourn in the United States, she worked with a plethora of international stars such as Pharell Williams, Busta Rhymes, Nicki Minaj, FloRida, Fabulous and The Game.