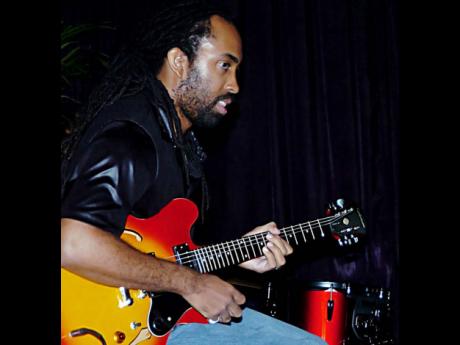 Guitarist Robert 'Dubwise' Browne, best known for his work with Shaggy, is proud to announce the release of his first instrumental gospel single, 'You Make Me Stronger'.

It is the first single from Browne's upcoming, fourth full-length solo album, Elaine Marie, which will be released in October on the Electrifying Grooves Records label.

"The whole project is really in memory of my mom, who passed in 2016," said Browne. "You Make Me Stronger was one of her favourite songs, written and performed by one of her favorite Jamaican gospel artistes - Kevin Downswell. He did a rendition of the song at her memorial service, too," he said. "So besides the fact that I've also worked with Kevin on a couple of his shows and played on his records, You Make Me Stronger is special because it has a connection to my mom."

"My gift of music came from a higher source, so I'm always grateful. But covering this particular song directly relates to my mom's passing," he said.

Browne is accompanied by some of Jamaica's finest musicians on the song, including Adrian 'Jerks' Henry (bass), Oliver 'Bliva' Thompson (drums) and Wade Johnson (piano and keyboards).

"I saw this band perform years ago at the Air Jamaica Jazz & Blues festival and I've wanted to work with them since then," said Browne. "They are a younger set of musicians than I am, but excellent nonetheless."