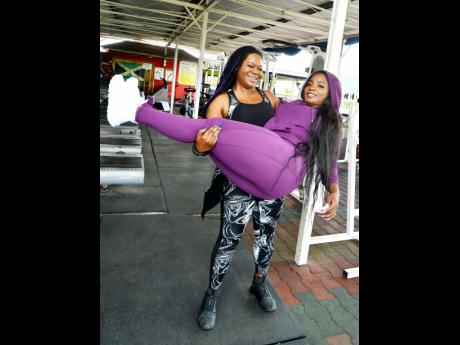 Stacious makes light work of Pamputtae, easily lifting her off her feet. 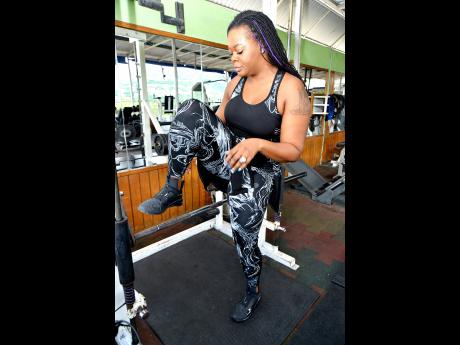 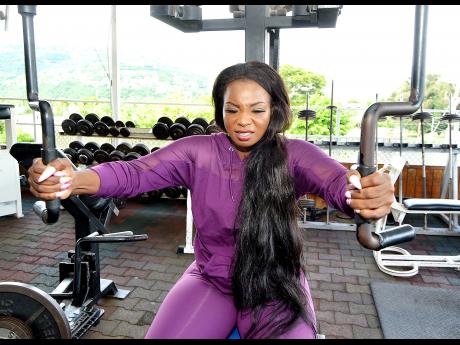 Pamputtae embarked on a fitness journey after she was diagnosed with diabetes five years ago.
1
2
3

Entertainers Pamputtae and Stacious started their fitness journey for different reasons, and although the road has been challenging, they have pledged never to allow themselves to fall off the ‘fitness wagon’.

Pamputtae was diagnosed with diabetes after the birth of her second son, Jahzere, five years ago. At the time, the entertainer was one of the popular personalities spearheading the ‘fluffy and fabulous’ campaign. She was comfortable with how she looked. However, with doctors advising her that her health was at risk, Pamputtae was forced to change her diet.

She not only began to eat right but she began exercising. In no time, the entertainer was sporting a ‘slimmer, more toned’ figure. The latter, she said, caused her to receive some amount of backlash from her ‘fluffy’ fans as they saw the new look as a ‘betrayal’ of sorts.

“One a di time everybody start cuss me bout, ‘watch her nuh, gone lose weight and a talk bout she fluffy and dis and dat'. Is not like me really did wah get slim, a di health condition. But now I motivate people a lot. The way how people say, ‘bwoy, Pamputtae me nah lie, yuh look god, it motivate me a lot fi just continue, and me know how me look motivate nuff people to start work out.”

Stacious, who is a certified personal trainer, said while she encourages everyone to work out; she wants entertainers in particular to take their health more seriously. She says that as artistes, the job requires them to give off themselves constantly, especially on stage, and she would hate to see an entertainer have to put his craft aside because of health reasons.

“I would encourage everybody to work out, but entertainers in particular have to exert a certain amount of energy on stage performing, and yuh don’t wah deh in the middle of your performance a run outta breath or drop down,” she said.

“Always think about the health conditions that can develop from neglecting your diet or neglecting to work out.”

For Pamputtae, many artistes "weh yuh see out deh a carry on like dem hearty and dem good and dem strong, nuff a dem sick".

"But dem just nah come out  like how Pamputtae woulda come out and say, yuh know say me diabetic,” Stacious said.

Both entertainers gave tips on how persons can get started on their own road to fitness, pointing out that cutting out certain foods like rice can go a far way in helping with weight loss. They also said that while eating healthy can be expensive, persons can eat right on a budget by incorporating foods like callaloo, boiled plantains and beans.