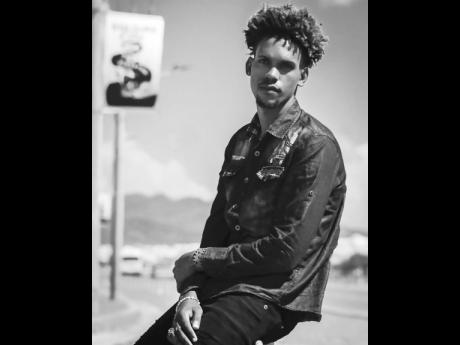 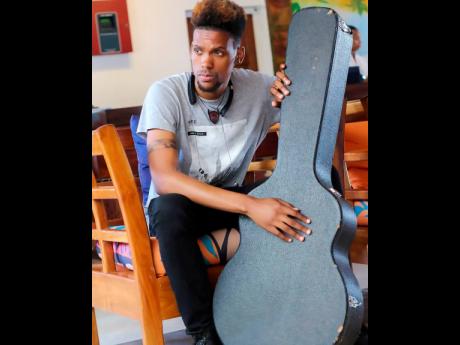 Singer and producer Wai believes his soul-baring single, 'Losing Sleep', is worthy of being on the Billboard charts.

Produced by Roael Entertainment, the track was inspired by a personal experience and develops with emotive guitar strings hauling an emotional plea by the 24-year-old.

"I'm not in that state any more, but it was inspired after a break-up with someone I love," he told THE STAR.

"People love it, and it's not hard getting them to purchase the music, dem just waan do it. As soon as dem hear it, dem waan share it. The vibe weh dem a give off says this is Billboard-worthy. This is something weh need fi deh number one all over the world."

The music video for the song is slated for release next week.

It was only two years ago that Wai embarked on a music career, working with Roael Entertainment and getting his hand in production. He eventually established his own label, Wai Fuzion Records, after being lauded for his unique sound - merging soulful and modish sounds in his music.

"'Wai' comes from 'the way, the truth and the light', and people always say I have that soul of the past and something that has not been heard before. When both are paired together, you get something new, so I call it 'fuzion'," he said.

Raised in Lawrence Tavern, St Andrew, Wai, whose real name is Ricardo Campbell, was part of the Oberlin High School Choir and said he was always interested in the arts. He studied performing arts at Excelsior Community College thereafter, which, he said, aided his onstage persona.

"I always knew I wanted to do music, but I loved acting, too, and was in the pantomime for four years," he said. "From high school, I started recording myself and people on my laptop, and I always felt like a me alone can get the sound weh me want for myself, so me know me did haffi do this."

On his label ,he has worked with up-and-coming acts like Spechinal and Kholi. He is currently working on an EP for Drizl.

"That is gonna be a hit and change dancehall in a great way," he said. "A lot of artistes want me to work with them, but I have a set amount that I work with so it doesn't take a toll on me. It is rough to balance both being an artiste and producer, but it is worth it."

Releases: Losing Sleep, Groove With You, Changed By The Day

Interesting fact: Hopes to be among top-tier Jamaican artistes like Bob Marley