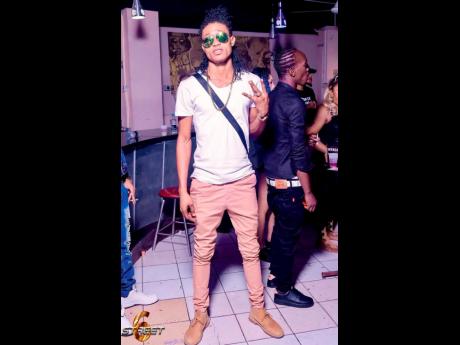 Prayers go up for Sikka Rymes

P rayers are today being offered up for fast-rising dancehall artiste Sikka Rymes, who is now in the hospital nursing gunshot wounds after he was attacked by unknown assailants in the wee hours of Sunday morning.

THE STAR understands that the entertainer underwent surgery at the corporate area hospital yesterday but his current condition remains unknown.

In an interview with THE STAR yesterday, Gaza first lady, Lisa Hyper said the entire Gaza family has been affected by the news and are praying their loved one pulls through.

“He got shot three times and it’s very serious. We are just praying and hoping for the best,” she said. Hyper explained that although worried, the deejay’s family and close friends are taking the fact that he was conscious and talking minutes before he was taken to surgery as a good sign.

“He was talking and everything before he went into surgery so that was a good thing. Right now a just prayer we a use. The family that prays together stays together, so him affi pull through. Him strong still innu so we affi stay strong too,” she said.

Lisa Hyper said save for badmind, she cannot figure out why people would want to hurt her Gaza brother. She describes him as a loving person whose loyalty can never be questioned.

“The only thing me can say coulda cause this a badmind. The yute a rise and some nuh like dat, so badmind is active,” she said indicating that it appears Rymes was being followed by his attackers.

Sikka Rymes is a close friend of incarcerated deejay, Vybz Kartel. It is believed that in Kartel’s absence, Rymes has been handling business on the deejay’s behalf.

Yesterday, the Corporate Communications Unit (CCU) confirmed that the Rymes was shot by unknown assailants at approximately 3:45 a.m.

They disclosed that the entertainer, whose birth name is Javian Chambers, was coming from an event in Sandy Park when upon reaching a stoplight in the vicinity of the Sovereign Shopping Centre, he was attacked.

They have not yet established a motive for the shooting.