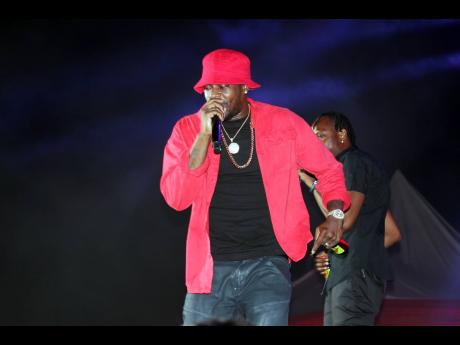 At the beginning of the COVID-19 outbreak in Jamaica, there were calls for Ravers Clavers frontman, Ding Dong, to create a dance to go along with the countless coronavirus tracks that were being released.

At the time, the entertainer said the issue was too serious for him to trivialise it with a dance. He expressed that if he were to release anything, it would be to educate the masses on the deadly virus, as he realised too many were taking it lightly.

Delivering on his promise to lead by example, he has penned a track titled Inside to encourage Jamaicans to remain in quarantine. The song and an accompanying music video will be released this weekend.

"This song will show people that while it's not ideal and none of us like the idea of being locked up in the house, it is the safest place at this time," he said. "The song speaks about all the things you can do indoors to make it fun. As entertainers, we affi use our platform to send the message to the people. This virus is very serious and we affi buckle up in times like these."

He added, "It's madness what's going on and we have a few numbers right now weh if it spread further, we inna problems out here because our system nuh built fi dis. In order to prevent things from getting outta control, the Government say stay in, and a dat me a encourage."

The entertainer expressed that even in his handling of the music video, he was practising what he preached.

"I shot the music video with just myself and the director. I play all the roles in the video and it's not an outdoor thing, everything was done inside," he said. "Even the director had to fill out a form to detail his travel history before we worked together. I am serious about this thing so I followed all protocols."

The entertainer says the video is to be released via his YouTube VeVo channel.