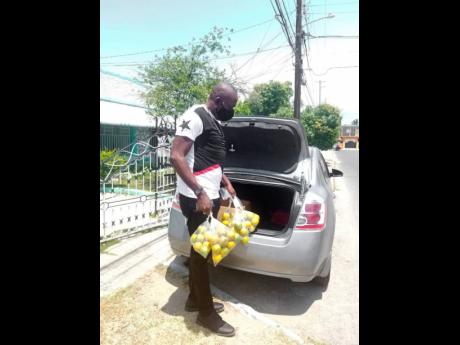 Tallboss about to deliver oranges. 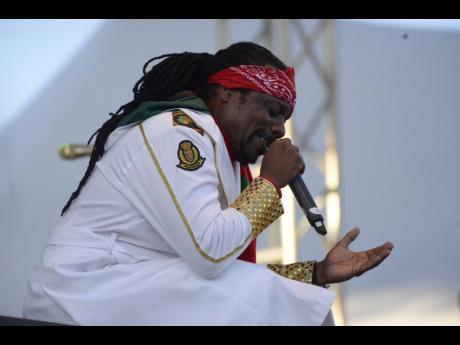 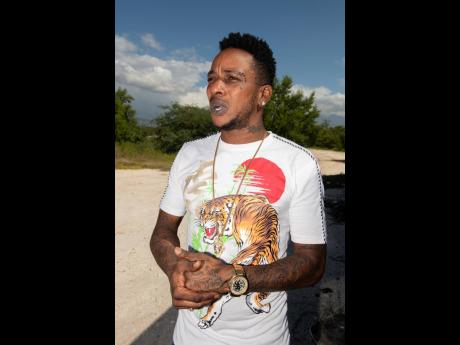 With all the COVID-19 restrictions currently in effect across the island, and Tuesday's announcement of a full lockdown for St Catherine, members of the entertainment fraternity who reside in the parish say there is increasing pressure for them to come up with alternative means of income to survive.

On Tuesday, Prime Minister Andrew Holness announced a lockdown of the parish after 31 persons employed to the Alorica Call Centre in Portmore tested positive for the coronavirus, pushing Jamaica's positive COVID-19 cases at the time to 105. As of yesterday, it had risen to 153, with the majority of the additions also coming from Alorica. The lockdown commenced at 5 a.m. on Wednesday and is scheduled to end next Wednesday.

Davey 'Tallboss' Scott, manager for D-Unit Sound System, says there is no shame in the game, as he has started selling oranges.

"It's all about survival, so you have to swallow your pride and do something to mek that dolla," said Tallboss. "It's my main source of income now ... a it mi use put food pon mi table and pay my bills."

Despite selling to people from various sectors, Tallboss says his customers are largely entertainers.

Ricky General, another Portmore-based artiste, says his main source of income right now is through dubplates.

"We haffi a do it at a cheaper price ... but we jus haffi gwaan hustle, 'cause nuh plane naa lif' up and nuh dance naa keep," said Ricky General, who also told eProbe that he is called upon for dubplates almost every three days. His latest was on Tuesday. "Mi do 'bout three dub combinations wid Luciano."

He said that with all the restrictions, he has had to get creative in keeping himself and others entertained with what they call a 'Veranda Party'.

"Everybody stay inna dem place an' party. Suh one man play music ... we put the box inna di front part of the yard or on the gate column and everybody come pon dem veranda an jus' party," he explained.

Although other entertainers have given consideration to finding alternative income in the future, they say the are living off their savings in the meantime.

Chuck Fenda says, "Right now, we not even know when we a guh can guh back pon di road and do shows ... but if a even fi turn to farming inna di future, but for now we jus' a hope fi di best. Mi jus' a gwaan record songs, exercise and stay indoors."

And Mega Banton isn't too worried either, as he says, "As bad as tings may be, a Jamaica dis, you will find something fi grasp on. Mi have a likkle rainy day ting put down, suh mi a gwaan pick roun' dat. Suh right now we jus' break down, waan everybody eat an nuh overdo nutten."

With the positive COVID-19 cases in Jamaica continuing to rise, Tallboss says there is no telling when things will be back to normal.

"So I would encourage anybody in the entertainment industry, if you can create an additional source of income to pay your bills and take care of your family, then do it," he advised, suggesting making masks as a possibility.

In March, the Government ordered that bars, nightclubs and other places of entertainment must be closed, and that there be no public gathering of more than 10 people. Additionally, there have been other measures implemented to help fight the spread of the COVID-19 disease, like an islandwide curfew currently in effect from 9 p.m. to 5 a.m. daily.