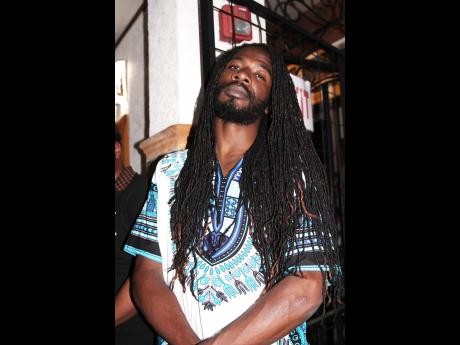 Building a mood and giving back the people 'a vibes' is the motivating factor for ' So In Love', the newest collaboration from two of reggae's finest artistes, Gyptian and Bascom X. Released on April 17, both singers have been doing their part in promoting the single, by sharing snippets with their followers on social media and urging them to download it. The feedback, Gyptian says, has been quite positive.

"It is a nice, happy song, almost sentimental," he said, while pointing out that this is just one of several "beautiful tracks" he has in store for fans on his upcoming album. Actually, when it comes to love songs, Gyptian can write a chapter or two in the book. His 2010 song, Hold Yuh, enjoyed serious crossover success and charted him in markets in North America, Europe and the Caribbean.

"We need more love in the business," he insisted. "I am not trying to be self-righteous or anything, but there is too much fighting and foolishness. Artistes a clash and nuh Sting nah keep."

When THE WEEKEND STAR made contact with the singer, he was flexing his domestic muscles by mopping the floor, a task which he admits that he himself hasn't performed in ages.

"But since I am here in the house, I can't just sit around and do nothing," he said. But although lockdown has brought out his domesticated side, Gyptian is still finding time to write and do music, even while marvelling at the reality that "music haffi a do inna house".

He was one of the performers at the recent COVID-19 Together We Stand fundraising telethon staged by the entertainment ministry, and, last week Wednesday, he participated in a VPAL live 'Behind The Music' session.

He answered questions and spoke about what he has been doing during his #tanahyuhyard time.

"It was great. Lots of fun, and please, my message to everybody is tan a yuh yard. It might sound rough, but we are living in serious times. This coronavirus is not anything to play with," he said.

In 2005, Gyptian's debut single, Serious Times, hit the top of the local and overseas reggae charts, and was declared Song of the Year in Jamaica.