Donnaro gets buzz with ‘Gimmi Bun’ 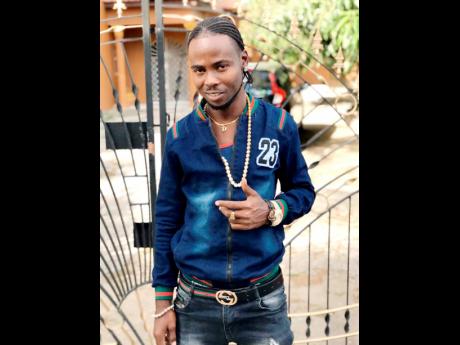 Donaro Stanford, aka Donnaro or Great Boss, has been getting a buzz on social media with his controversial song, Gimmi Bun.

Gimmi Bun is one of three tracks on his Great Boss EP, produced by Real Yutes. The other songs are Leff Suh and Bus Step.

The EP was released on Tuesday on Donnaro's VEVO and on Zojak Worldwide digital platform.

" Gimmi Bun is creating lots of controversy in the streets and on most social media platforms. Ladies asking me in these times when man seems so afraid of bun why I want a girl to give me bun. I told most of them it's because everybody just a lef suh. Ha! Ha!" he said. "Some females even endorsed the song, saying it will help change and soften some males' view on bun, and they would not go as far as killing their spouses."

Donnaro believes that he has a new age, 21st century-type of flow that resonates deep with age groups across all demographics.

"I'm very determined and ambitious and will stop at nothing short of being at the top of the game," he said.

Donnaro started in the music business in 2008, recording and writing songs for established artistes. However, five years later, he made the business his career.

He said that the COVID-19 pandemic has had a tremendous impact on his life, teaching him many life lessons. He shared a few.

"All is good even when it seems like it's not. Just have faith in God almighty. Thoughts turn into things, so try to keep your thoughts positive. Never get caught up in the fast pace of life. It's an illusion, and we should go as slow as this coronavirus has slowed down everything," he said.