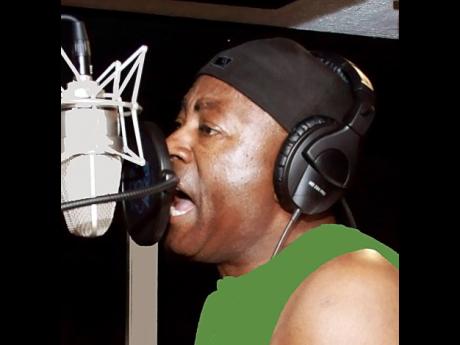 Hailing from Somerton, St James, Ricky Glamorous is determined to walk in the footsteps of the town's most famous son, the legendary reggae icon Jimmy Cliff.

Ricky Glamorous says that the internationally renowned singer is his biggest musical influence.

"I admire Jimmy Cliff a lot and it's not just because we're both from the same hometown. He is without a doubt one of the greatest reggae artistes of all times. His musical prowess puts him in a class by himself," said Ricky Glamorous. "I hope that one day I too will be a revered reggae star. I know it's not easy to achieve such levels of success, but I believe that with hard work and determination I will achieve my goal."

The Canada-based reggae singjay is currently promoting his new single Back Against The Wall.

The song, which was produced by him, was released on June 19 on his Glamarythm Productions label. Since then it has enjoyed strong rotation on several local radio stations including Radio Jamaica and HITZ 92 FM.

"I'm pleased with the response that my single is getting. I plan to shoot a video for it very soon. Once the video is ready, I will use it to increase the promotion of the single," he said.

Ricky Glamorous is currently busy in the studios working on an album which is slated to be released later this year.

The artiste, given name Franklin McCreath, migrated to live in Boston in the US in 1996. He resided there until he moved to Ontario, Canada, in 2013. He holds a bachelor's degree in sociology from the Brock University in Ontario.

Ricky Glamorous made his recording debut in 1997 with single Tight Security on the Glamarythm Productions imprint.