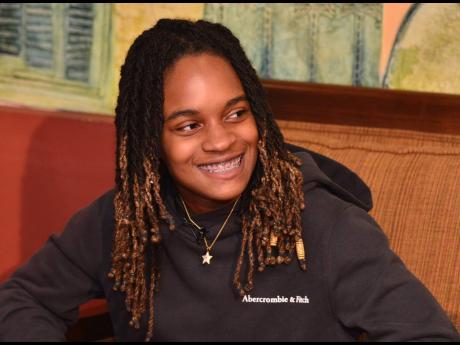 Jamaican Grammy-winning sensation Koffee has secured another major award as her hit single 'Lockdown' won the Outstanding International Song honour, at the 52nd annual US based National Association for the Advancement of Coloured People (NAACP) image awards.

Koffee won the award ahead of fellow Jamaican Buju Banton, who received a nomination for his song 'Blessed', and who along with Koffee, scored a double nomination in the same category for their collaboration 'Pressure.'

African afro-beats artistes Davido and Tiwa Savage were the other nominees in the Oustanding International Song category.

The NAACP made the announcement via their social media pages, on night four of their week of virtual ceremonies which will culminate on Saturday, March 27 with a live broadcast on BET.

The NAACP awards honour people of colour for their accomplishment in the fields of music, television, film and literature.

Bob Marley's grandson Skip Marley, the son of Cedella Marley also represented for Jamaica among nominees, in the category of Outstanding New Artist which was won by American singer Doja Cat.