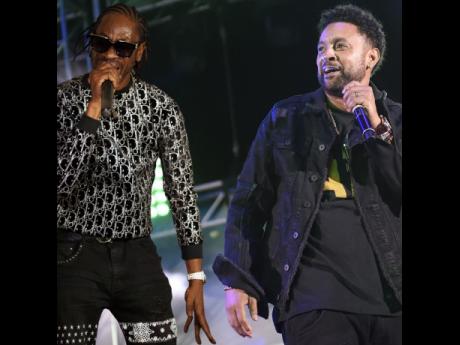 Grammy-winning Jamaican entertainers Shaggy and Bounty Killer, have been recognised among the greats, in a list compiled by Billboard magazine of the '100 Greatest Songs of 2001', as the popular magazine marks the 20th anniversary of songs released in a year it described as "alternately smooth."

Shaggy's platinum-selling, chart-topping sinlge 'It Wasn't Me', featuring RikRok, made it just outside the Top 10, as Billboard's 11th greatest song of 2001.

Bounty Killer made the list at 31, with his feature on the Grammy-winning collaboration with No Doubt,  'Hey Baby'.

"Recorded largely in Jamaica, its dancehall-centric sounds felt like a natural next step beyond the group's ska roots, and the presence of dancehall legend Bounty Killer on this raucous hit provided an appropriate hat tip to the genre," noted Billboard.

The 100 Greatest Songs of 2001 list was complied by Billboard staff music experts, based on songs that were released in 2001, and songs counted as being from 2001 if they debuted on the Billboard charts, or hit No. 1 for the first time that year.

The full list featuring songs from Jay-Z, Destiny's Child, Usher, Alicia Keys, and Missy Elliott who claimed the number one spot, was released on Monday, April 5, with a specially curated playlist on on popular music streaming site Spotify.