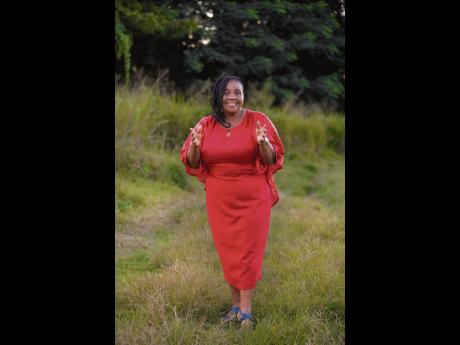 Hyacinth Gordon-Clarke, a former principal and music teacher, recently released her debut single Time Is Running Out, which speaks of salvation, the power of prayer, and using one's time on Earth for good.

She said, "I have always been writing but when I really decided to put the words together was sometime last year. And as an educator who specialised in working with students who had challenges, by using the performing arts, specifically music and drama, I have always been passionate to share and go about finding ways to touch lives. The song itself is a fusion of our music like the mento sound."

Gordon-Clarke was principal of Watt Town All-Age in St Ann but retired in 2016. She taught music at the Brown's Town High (22 years) and St Hilda's High schools also in St Ann. She also does motivational speaking and is a minister of religion whose philosophy is "to have a passion and realise you have a purpose".

"Not because a person is retired means their work is done. To be part of the solution, one has to have a psychological approach, especially now when there is a pandemic. Coping with the problems, we have to create a way to deal with adverse problems," she said.

In addition to Time Is Running Out, she has published her first book, Inspirational Spiritual Food For A Healthy Successful Life.

"It ranges from my biography to education morals and it is just inspiration for everyday living. The book was born out of my personal struggles with depression after my husband became ill, among other things. I had to take a mindful approach to what was happening to me and saw that writing was something to do for my own mental strength," she said.

Gordon-Clarke is the mother of gospel recording artiste and music lecturer, Trevelle Clarke-Whyne. They have an upcoming collaboration titled Perfect God.

"I am hoping the people who read my book and listen to Time Is Running Out and future songs would become cognisant about their environment and what is happening and see the positive and right paths to take," Gordon-Clarke said.