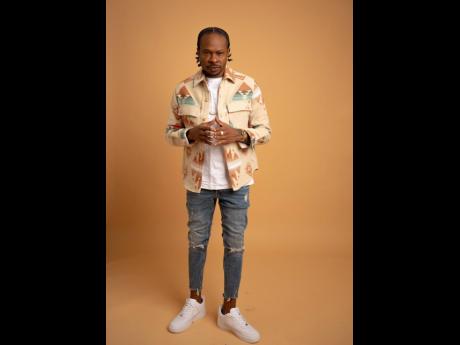 Dancehall artiste Versi is speaking about the realities of life in his recently released single, Sacrifice.

"The inspiration for this song came from the things I've experienced in my life and obviously, this pandemic has forced anyone who wants to have a better tomorrow to make sacrifices," he stated. "If you know me, you'll know that I don't usually tackle topics like the average artiste. It has to be out of the box, as well as lyrical, witty and melodic."

The official music video dropped on April 3 and was directed by Caviir Creative and D.R.Y. The video was shot in extremely cold weather in New York City, particularly Roosevelt Island, Queens and Bronx. The artiste showcases his acting skills to tell a compelling story about the positive outcomes of making sacrifices.

"The feedback has been great so far. The Internet has been going crazy over the video and people are anticipating my upcoming album. I don't really have any specific expectations, I just work knowing that there is no limit to my music," he said.

Currently based in New York, Versi has become a staple in the music scene for the past few years, releasing various singles like Winning Streak and My Choice.

"I've seen a lot of growth in my music based on the approach I'm taking, growth in my vocals, and also my understanding of the business. In terms of my materials, I think I've been putting out good music over the years. I just wasn't taking the best approaches, or maybe some just didn't work as fast enough, but I've learnt from them all. They built me into the person I am now," he said.

Sacrifice serves as the lead track on the artiste's forthcoming EP, which is slated to drop later this year.