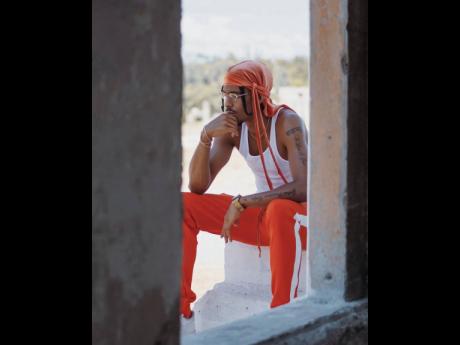 Recording artiste and entrepreneur Zac Jone$ is jumping on the trend to produce a visualiser and a music video to accompany his songs.

A visualiser is often expected to have a less developed storyline than a music video, but he told THE STAR that there is a good reason for doing multiple visual productions for songs today.

"The reason I did a visualiser and music video for my latest single Lonely was not only to increase the promotional efforts of the single but also to provide two visual interpretations of the track," Zac Jone$ said.

Lonely is the second single off his upcoming Man A Yard EP, released just four weeks ago. He said it is a gentle reminder to embrace the vulnerability that comes with exposing yourself to love in a relationship. But the visuals that accompanied it at first only featured Zac Jone$ in a lonely record shop.

He said "The visualiser serves as an ode of sorts to the foundation of reggae, hence it being filmed at Rockers International, which is the last surviving vinyl record store on Orange Street in downtown Kingston."

Zac Jone$ was featured on Tessellated's Freeza alongside Shenseea in 2019 and last year released his radio hit Miss Jamaica, featuring Agent Sasco. It was the first single to be shared from his EP. Zac Jone$ said that he considers himself part of the current evolution of Jamaican music. He says his style is a multidimensional expression of his past, present and future, blending reggae, rap, R&B, dancehall, and world music into his signature sound.

"The song describes a situation that almost everyone can relate to, chronicling the day in the life of a couple who are obviously in love but are at odds. I write all my music from my own experiences as well as of close friends or family; this one's definitely a personal experience," he said. "The new video is a storyboard of what the single is actually about and I know many people can relate and will be able to relate more."

Zac Jone$ said that he is preparing to release the third single from the EP, a collaboration with reggae megastar Jesse Royal.