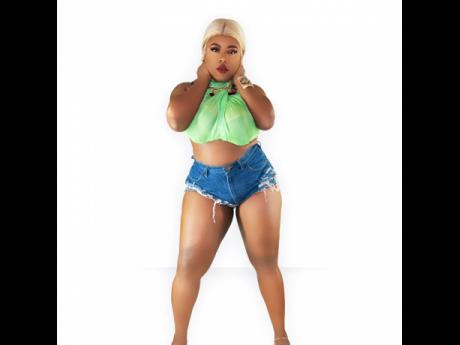 Dancehall recording artiste Posh Morris has released her new single, titled Top Tier, which speaks to celebrating the people who helped to build her brand.

While some call them 'the entourage', Posh Morris believes that those around her are her 'team' and they all serve a purpose in realising her dreams.

The artiste has established what she calls her 'Top Tier Nation', which forms her fan base worldwide.

"Unfortunately, music has become more competitive than cohesive so my fan base, which I consider as a part of my team, plays a vital role in my growth. When I touch base with people on the ground, they push me and I show my appreciation through music," she said.

The video that was recently released was shot in her hometown of Rollington Town, Kingston, and the cool hills of Stony Hill, St Andrew.

She said, "The single is produced by DJ Frankco and Ovation Lab, who also directed and shot the video. I visited my hometown because my influences to pursue music came from the people I grew up around. Paying homage is essential no matter how established you become as an artiste."

Posh Morris is known for singles like No Gyal and Horse Tonic , and was a contestant in Magnum Kings and Queens of Dancehall in 2010 where she was applauded for her lyrical prowess and ability to keep the crowd entertained. She also entered the 'Dats Easy Challenge' hosted by Aidonia and created a buzz on social media, which garnered her a large following. Aidonia described her as "extremely talented".

She is presently focused on her promotions and has high hopes that COVID-19 will subside, so that she can complete her Canadian club tour that was postponed.