Sasi The Don recreates one of his early singles 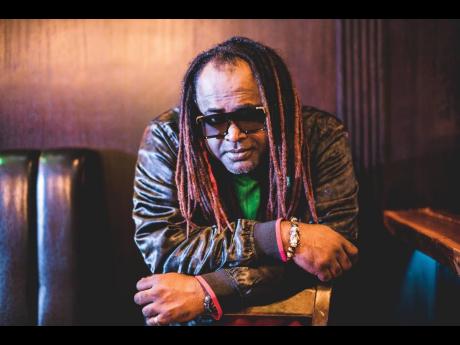 Malaysian reggae star Sasi The Don is determined to bridge the musical gap between Jamaica and Malaysia.

"Most people in Jamaica are not aware that reggae and dancehall music is popular in Malaysia and other parts of Southeast Asia. Shaggy and Sean Paul are two of the most popular Jamaican artistes on the continent," he said. "The reggae and dancehall movement in Malaysia is growing steadily. I'm one of the artistes who has been at the forefront of it for over two decades, and I want to create a link between Jamaica and Malaysia with my music."

He suggested that with a huge population, Southeast Asia is potentially one of the most lucrative markets for reggae and dancehall music.

"But first we must connect the dots by making Jamaican artistes and musicians aware that the people of Southeast Asia love to listen to reggae and dancehall. I believe that once they are aware of that, it will be easier for Malaysian and Jamaican artistes to connect and work together," he said.

The dreadlocked deejay, who has worked on projects with Jamaican artistes and musicians like Maxi Priest, is currently promoting a new version of a single that he released 20 years ago titled Anbe (My Love).

"It's the song that made me a household name in Malaysia. The new version is fantastic. It's done in English and Tamil, which is one of the native languages of southern Asia and India. This version of Anbe (My Love) is what we call 'Tamil dancehall'. I would love for it to catch on in Jamaica. I would also love to see Jamaican artistes doing Tamil dancehall, too; it's upbeat and exciting and full of vibe," he said.