Jay-A fighting for his slice of the cake 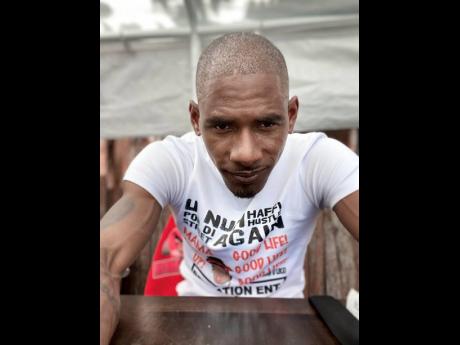 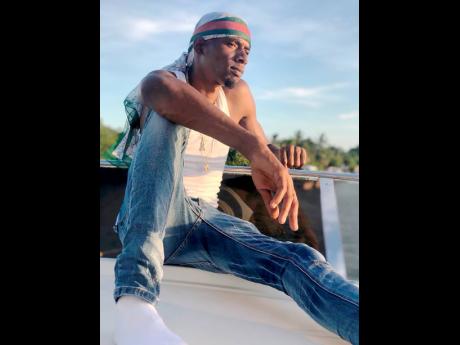 Declaring that music is in his DNA, up-and-coming artiste Jay-A says he had no choice but to become an artiste. The entertainer told STAR on the Rise that in his heyday, his father (who was known as Peter St Patrick) was an aspiring artiste.

He said that although his father didn't gain make it big on the local music scene, he passed on his talent and love for music to his children. Jay-A further disclosed that he now has a brother who is well established locally, but says he prefers not to highlight him, as he wants to gain his big break by virtue of his own talent.

"Mi have my own talent and mi a build from the ground up, so mi wah people see dat and respect that. Music is in my blood. I didn't have any other choice but to pursue music, but mi still nah go live off mi family music strength," he said.

The Montego Bay, St James native said wanting to do things on his own terms is the reason he has been knocking on the industry's doors for 18 years. He said it has been challenging trying to establish himself on the local music scene, but pointed out that giving up is not an option.

"Yuh see, for me, every challenge weh come wid music is not even like a challenge. It's just a part of what comes with this life, and from me make up my mind the first day say me a go do music, mi make up mi mind say whatever come wid it, mi a go take it as it come," he said. "So if me affi fight a uphill battle or me affi spend years a try kick in the door, that's what I am going to do because it's all a part of the musical journey."

Jay-A, given name Tarik Morris, said that his main goal in music is to be remembered, and believes his journey will be his testament.

"The plan is to be great and to help a lot of other yutes weh a try come up. I want them to see my journey and know that if you persist, your dreams are reachable. That is what I want out of the music most of all because fi help people, dat a just supmn weh inna my spirit," he said. "I want to be remembered as one of the persons who did great things and used music to change people's lives and help nuff people fi be better. I will get to that place one day, it's only a matter of time."

He added "Of course, I have personal dreams as well. Mi wah have the house, the cars, mi wah help mi mother and brothers and sisters. Mi wah be able fi be the one who take care of them, to be the breadwinner. Music is what is going to help me do that."