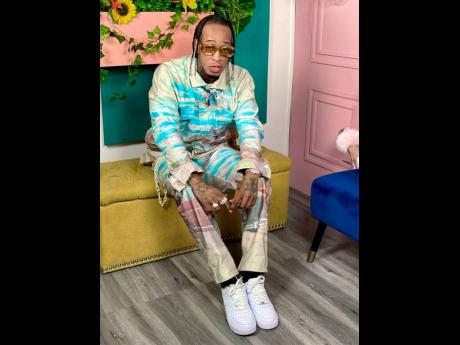 Entertainer and fashionista Popeye Caution has been releasing collaborations specifically targeting the US and Latin markets.

The artiste worked alongside Dominican artiste Willy Benz on the single Cosita that has been receiving traction on several Latin-based underground platforms.

"The translation of 'cosita' is 'little thing'. While I perform my verse in English, the song is predominately Spanish. We wanted to mix a bit of Latin, reggaeton, dancehall and even Afrobeats," said Popeye Caution. Along with Cosita, he released Da Max with David Lyn from Miami and Run Tingz with Dimelo Felva and The Gifted Program.

"Dimelo Felva is a talented producer from Colombia. He has been working with me to tap into this new market and it's going very well," added Popeye Caution.

The entertainer is also excited about releasing another collaboration with Ding Dong titled Bezerk.

The single is expected to be a summer staple to their previous collaboration Good Tings Dem. Popeye Caution is set to release the video for Bezerk with Ding Dong in late May.