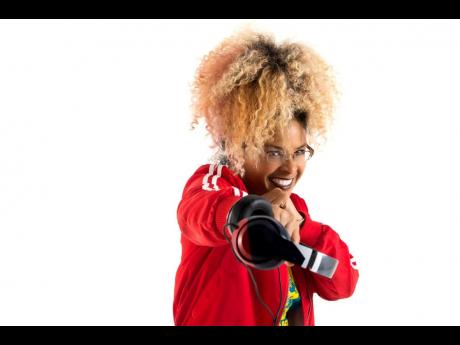 With the panel's focus being 'Women and Identity in Reggae Music', ZJ Sparks said it's a welcomed opportunity for her to speak as a woman in a male-dominated field, as well as to "share the Jamaican perspective".

Within Jamaica's society, and zooming in on the local entertainment industry, the discourse on gender has become an everyday occurrence.

"There have been shifts as there are more outlets for dialogue," the disc jockey told THE STAR. "Additionally, many women [of this generation] are continuing on what women before us were lobbying for."

Since its inception in 1994, WOMEX has managed to tackle several topics of interest annually and with this conference, it continues to contribute to cross-cultural understanding as it examines the issues of gender, class and identity politics in Jamaican music.

Over her career as a disc jockey, ZJ Sparks, given name Tricia Spence, has been constantly reminded that she is a woman, maybe not always in the positive light. However, she has kept true to her personality, outspoken, unfiltered and bold, while providing entertainment.

"My road was that of a selector in the dancehall, which was, and is still predominantly male-dominated. However, my persistence and diligence helped to open eyes that women can do it," she said. "I speak on many levels with energy and that's what I am bringing to this panel."

The panel also features creative-industries consultant and founder of 360 Artists Simone Harris, Tandra 'Lytes' Jhagroo and fast-rising recording artiste Sevana. It will be chaired by distinguished lecturer and head of the University of the West Indies' Institute of Caribbean Studies, Dr Sonjah Stanley Niaah.

Over 2,500 professionals from over 90 countries usually attend the WOMEX summit annually in October. But in an effort to keep its panellists and audience engaged, the extended programme, consisting of networking sessions and interactive online discussions, is expected to give registered persons access to over 10,000 music companies and twice as many agents in the global music industry.