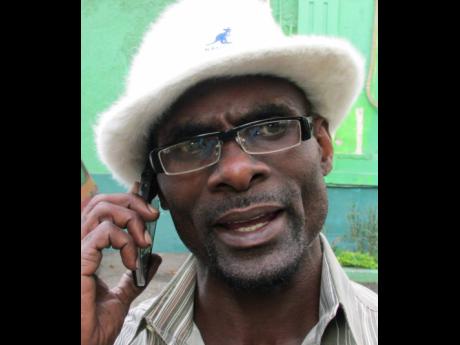 While happy that his year-long case has finally come to an end, actor and nightclub owner Garfield 'Bad Boy Trevor' Reid believes that the system implemented by the courts to collect money following a ruling is immensely flawed.

On March 23, 2020, Reid and entertainer Kenneil Smith were arrested and charged after the police raided the actor's premises at Plantation Drive in St Andrew and found a party in full swing, despite an 8 p.m. curfew and restrictions on public gathering.

On Wednesday, Reid was fined $130,000 or three months in prison for breaches of the Disaster Risk Management Act, Noise Abatement Act, the State of Emergency Act and Spirit Licence Act.

One year now my case a put off

"After you are fined, you have to pay over the monies same time. You are not given any time to get the money and come back and make payment, and you are detained until you pay the fine. Now, who ago walk wid dat $100,000-odd go court? A one year now my case a put off, so how mi ago walk wid dat money and nuh know a today yah go charge me?" he asked.

"The law is the law, and when yuh wrong you affi face the consequences but the system weh dem put in will not allow you to go and get the money and that unfair. Dem nuh have a way where you can use your card to make payments. What happen to the people who can't come up with the money on the spot?"

But Kadeish Jarrett-Fletcher, director of client services, communication and information at the Court Administration Division, said it is standard court procedure for fines to be paid on the spot, but noted the presiding judge might offer leniency under extenuating circumstances.

"If it is a fine, a custodial sentence takes immediate effect, and that has always been the case. A guilty party is to be held in custody until the fines are paid immediately after the sentence is handed down," she explained. "What people must remember with court matters is that the judge is looking at what is before the court in a particular matter, so there may be cases where the court has the ability to be flexible depending on the circumstances. So leniency is possible, but generally, fines are to be paid over to the courts immediately, or that person is to be detained."

THE WEEKEND STAR understands that after sentencing was handed down in the Kingston and St Andrew Parish Court, Reid asked the judge for a couple of days to pay the fine, but his request was denied. Chief Parish Judge Chester Crooks, who presided over the case, told the entertainer that he would not be given any time, as he had earlier lied to the court about circumstances relating to his case. Crooks did, however, instruct the police to assist Reid with a phone call.