TugStar promotes song for the ladies 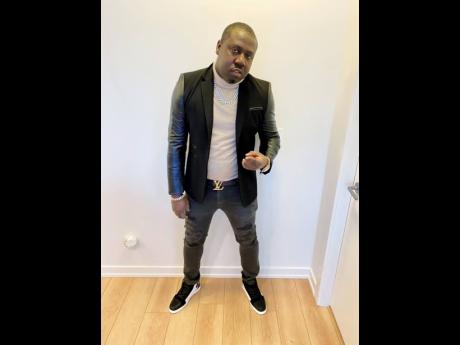 Dancehall artiste TugStar has the ladies dancing with his single Wine and Boom So.

"The track is about ladies dancing and enjoying themselves, going crazy on the dance floor while coming up with their own dance moves to the song," the artiste explained. Noticing a trend in the songs being released now, he wanted to bring something refreshing to the scene.

"I see that dancehall needs songs that the girls can dance to because so many artistes are singing about guns and the girls need to start dancing again," he said. An accompanying music video is being planned, to be directed by DJ Kemo.

TugStar, given name Howard Johnson, was born in Clarendon. He actually started out under the name 'Tuggy' before changing his moniker.

He has worked with various artistes and producers like Skatta Burrell, Russian, QQ and Serani. From banging beats on his desk as a youngster in high school, to building a career into adulthood, TugStar has garnered much success and has received airplay across Europe, USA and Canada, where he is currently based. He said that he has plenty in store, including two new albums which are currently in production.

"The pandemic has given me the time to be super creative so it's been good for my creativity and I have a lot for my fans to look forward to," he said.