Narry Berry is writing for his ‘Grace’ 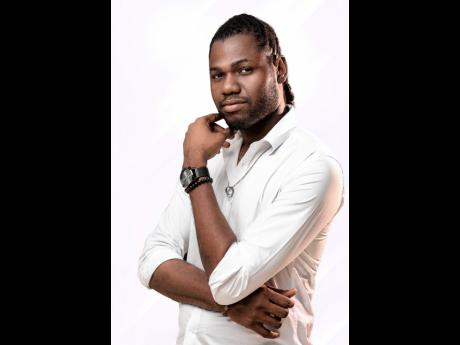 If this were 2018, reggae and dancehall artistes would be leaning on the creative mind of Narry Berry, a born lyricist and musician whose capacity to turn words into potent verses hardened into a successful songwriting career.

"Writing was the main inspiration for my entrance into the music industry. It was my bread and butter at one time," Narry Berry said.

However, with his baptism, the songwriter did not see composing for secular acts 'under the quiet' as being truthful to his transformation into Christianity.

So over the past two years, Narry Berry connected the metaphoric dots to launch a solo gospel music recording career, leaving an illustrious reputation as former member of the reggae trio Tuff Gang behind him. Though the pandemic sort of put a barrier in the way, "it as an opportunity to get music together".

With releases like Blessings and The Happy Song, he continues to write impactful lyrics highlighting his life's amazing transformation.

"Personally, I don't believe I deserve, at least, I know I don't deserve to be where I am at currently and that is where I have started," Narry Berry said, noting that his next single, Grace, speaks to this. "It is a testimony of my life; the song is an acknowledgement of God's grace and mercy upon my life."

Both the audio and visuals for Grace are slated for release on Friday, May 28. Making reference to the local gospel music ministry and industry, Narry Berry said he is not seeing much happening, "outside of big names like Jermaine [Edwards] and Kevin [Downswell]". But he remains thankful for the support his solo career and music have received in such a short time.

Narry Berry was born in the Maxfield Park community but raised in Litchfield, Trelawny. He is currently studying at the Jamaica Theological Seminary in St Andrew. He also told Gospel Spotlight that he is preparing to recite vows before God and mankind to make a lifelong commitment to his belle.