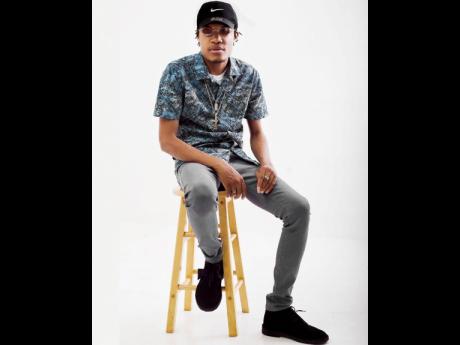 David White has had an insatiable desire for music from his childhood days, which stayed with him during his days in high school and later university, where he pursued a degree in computer science.

White worked as a computer programmer up to two years ago before switching his focus to his first love: music. The up-and-coming entertainer, who goes by the name Dalaz, has been making steady progress as a dancehall artiste.

"Since taking it on professionally two years ago, I have created links and people in the industry who assisted other artistes are assisting me now," Dalaz said.

"I have invested my own cash from my 9-5 and I see myself being one of the standout dancehall artistes and carrying dancehall to the next level -- even to where Sean Paul, Shaggy, Beenie Man, Bounty Killer brought it, or even higher in the new digital age," Dalaz said.

The artiste recently released a single, Fall Off, on a 14-track mixtape called RedTape. The video has racked up over 65,000 YouTube views, with the audio version getting over 13,000. The RedTape mixtape went as high as number 14 on the iTunes Reggae Chart.

Dalaz expects that Fall Off, which has given him a bounce, will catapult him into the dancehall limelight. He believes that he will be bringing positive vibes to dancehall in a hardcore manner.