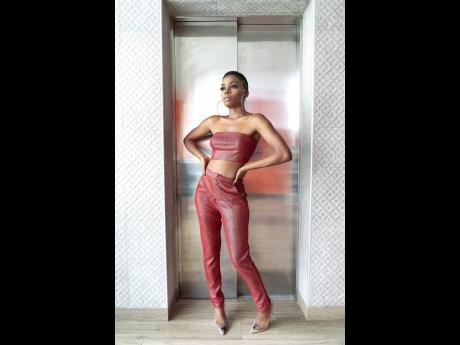 Downsound Records recording artiste Marcy Chin is in high spirits after she recently received news from her music publisher that one of her songs was used in two American television series last year.

The song, Soy Bonita, which she recorded with electronic duo French Horn Rebellion, was featured in Season 4 (Episode 2) of The Bold Type, an American comedy-drama series. The series, which is produced by Universal Television for Freeform, is filmed in Toronto, New York City and Montreal. It also airs on Netflix.

"My publisher Othman Mukhlis from Abood Music in London, was approached by French Horn Rebellion's team for me to be featured on the track. I listened to the track, loved it and knocked it out right away," Marcy Chin explained.

Soy Bonita was released in 2018. "When I first heard that the song was used in the television series, I got goosebumps. Then, when I heard that it was also featured in another series, I was so pleasantly surprised. It feels so surreal," said Marcy Chin.

Asked what she felt was special about the song, Marcy Chin said "I think it's the overall vibe of the song and how well the different cultural styles meshed together on this song. It's a real feel-good dance track. I think that all of this signifies that I truly have what it takes to break several barriers with my sound."

French Horn Rebellion comprises brothers Robert and David Perlick-Molinari. They have produced songs for artistes like Beyonce and Jody Watley.