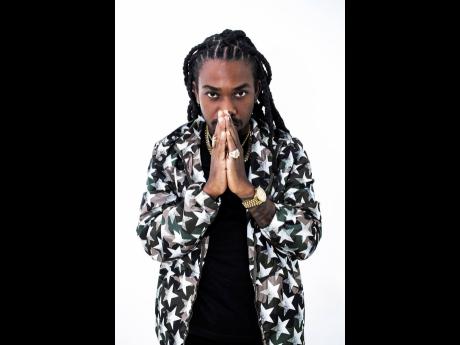 Reggae-dancehall star Jahmiel gave his life to Christ recently when he made the decision to get baptised at the Tarrant Baptist Church.

His manager, Dr Dave Wallace, of Sweet Music Production, explained that the baptism was the artiste's choice and that there is no hidden agenda.

"This is an actual baptism and not in furtherance of any music product. This is his personal choice, and if persons listened to his music, they will realise that he's been on this track," he told THE STAR.

A video of the entertainer cloaked in a white robe answering to the officiating minister Reverend Jeffrey Shuttleworth went viral on Saturday night, just a few hours after the ceremony. However, the manager explained that it was unexpected.

"It [the baptism] was supposed to be private, and I think right now, he just wants some quiet time as he prepares to go on a tour of Gambia later this week," he said, while expressing gratitude for the support the artiste has been receiving across social media platforms.

He is headlining a show in Gambia's Independence Stadium on Saturday, June 5, which also features Gambian dancehall artistes Nat Eazy and Stank Rud.

Jahmiel, born Jamiel Foster, set out on a mission to make life-changing music and that he did with tracks like Better Tomorrow, Strongest Soldier, Gain The World, Guide My Steps and Unbroken. Known to have publicly buried feuds with Chronic Law and Vershon, the recording artiste has been on a path to enlightenment he expressed, which Sweet Music Production supports.

"He will be on a juggling, which is scheduled for release by the end of the month (June), which features some pretty prominent acts including Chronic Law and other great names like Masicka, Rygin King, Chris Martin and Bugle," Wallace shared. He described the forthcoming juggling as "transformational".

As it relates to Jahmiel's catalogue of music, Wallace said "His music will remain the same, meaning that not much of a recalibration is needed, so it's not that people are going to hear 'real, real, real, God is so real to me' tomorrow -- not that anything would be wrong with that".

"This is just going to be Jahmiel at his best," the artiste's manager explained.