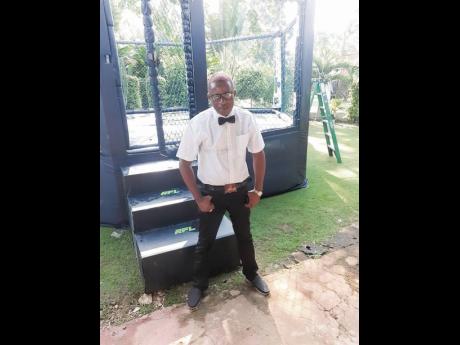 Dancehall artiste Banging has been actively promoting his latest single, Different, for the last two months.

The single is produced by Craig Cream Entertainment and Mr G, and appears on the Click Click rhythm alongside artistes such as Chris Martin, Vershon, Wayne Wonder, Beenie Man and Utan Green.

"Ah long time mi did a link Mr G to voice me and one day outta the blue, him call me. It was so ironic how it happened, Lexxus and Nikki Z has a programme on IG and they interviewed me and mi talk the song. It create a sparks on the show, and G call me and say him like the song and say this is the time now and instantly him find me, and play a riddim. Three day after that, we book the time and magic happen," he said.

Banging is a dancehall deejay, selector, promoter, road manager, street-mix DJ and producer. He is primarily known for his high-energy street mixes, and has carved out a niche for himself in the Corporate Area. Banging will be releasing a new single called 99 Good, featuring Rod Pinnock on the Den Den rhythm, which will be released during the summer.