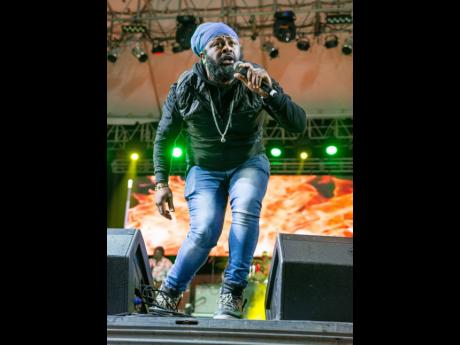 "Dem can only talk, no bwoy caan see me inna streets and step to me. Yu have to have the Maroon power. Bwoy drop and skin over and dead in front of me no matter how much gun him have," a confident Fantan Mojah retorted. "Dem caan threaten me, dem can only talk. Dem ah Internet bad man. No man caan step to me in the streets. Dem haffi can street fight like me."

Fantan Mojah said that he hasn't filed an official police report regarding the Internet threats. Overall, he said that he is pleased with the general reaction to Touch That Body thus far.

Fantan Mojah has recorded a battery of dancehall songs which will be released as part of a 12-track EP this summer.

The artiste recently courted controversy when his Fire King single earned the wrath of some persons, including Mutabaruka, who disapproved of the single's raunchy music video.

Mutabaruka said that Fire King was in direct opposition to the Rastafarian values of probity and righteousness that Fantan Mojah espoused in the past. The two exchanged barbs and Mutabaruka even threatened to sue Mojah for defamation.

Some accused him of trying to keep himself in the spotlight while others feel he is going through a midlife creative crisis.