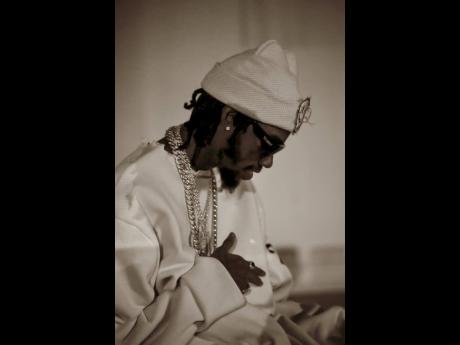 Since dancehall headliner Alkaline rose to prominence almost a decade ago, the working relationship between him and established producer Everton 'Rado' Minott from Armzhouse Records has been steadfast.

One of their biggest tracks, Pretty Girl Team, has amassed over 30 million views on YouTube and the pair are still creating hits today. Their latest single, Maniac, which is featured on Alkaline's critically acclaimed Top Prize album, is racing towards the million views mark less than three weeks after its release.

Dubbing the partnership the ultimate 'A Team', Minott told THE WEEKEND STAR that the mutual respect and understanding between the deejay and the label is one of the reasons for the synergy.

"Our (Armzhouse) motto says it all, 'Armed with the best talents', and we continue to stay in our lane and never lose focus or get distracted by the noise of the streets. That's why every song we produce for Alkaline is always a hit," he said. Minott suggested that like Pretty Girl Team, Maniac is already showing signs of becoming a mega hit.

"Alkaline is an artiste that no one should ever try to underestimate. He is a cut above the rest and he always delivers above expectation and (is) highly anticipated to break barriers. He is one of the more versatile artistes to emerge in recent years," he shared. "After listening to the unique beat of dancehall mixed with hip hop, the melodic bass and rhythmic arrangement immediately gave him the lyrics for Maniac. The song is already doing exceptionally well and has the potential to cross over and be a bigger hit internationally."

Minott also said that artistes and producers should do everything in their power to keep work partnerships healthy.

"Producers need to develop a bond between them and the artistes, and then honour the word 'loyalty', and artistes should note that karma is a b**ch and should never forget who played significant roles in them getting their big break. Once both parties understand these things, partnerships will always flourish," he said.