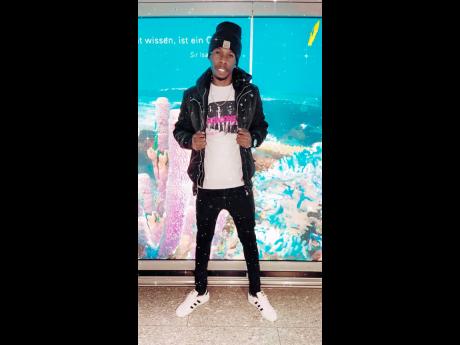 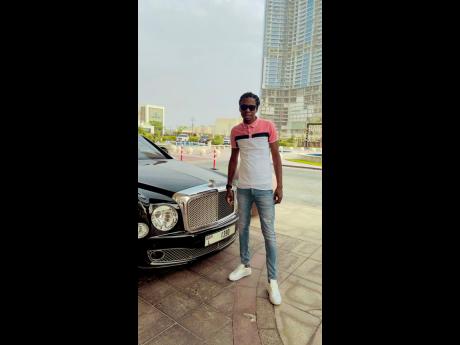 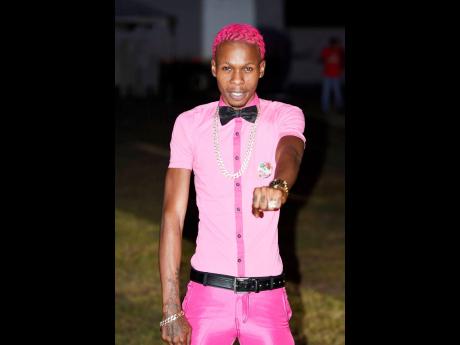 It's been five years since dancehall artiste Pink Boss rose to prominence as a crowd favourite on the Magnum Kings and Queens of Dancehall competition.

Known for his shocking pink hair and perfectly coordinated pink outfits, the artiste has since been making moves on the local music circuit. Still, widespread popularity and fame have eluded him. But his dream to be a household name may soon become a reality as he looks to initiate a summer takeover.

"To be honest, I have always been working and so the reason why people haven't been seeing or hearing me is because I am in the studio working on EPs, singles and albums. Learning to master my craft has taken some time but I am ready and prepared now to take my place in the industry," he told Weh Dem Up To. "I have a few singles to push out and I'm supposed to shoot two to three videos to get ready for the summer. I have a song called Star Girl weh me a come wid, another one called Garrison Life which speaks about my upbringing, and me moving from one level to another. Mi just a do some work because 2021 and beyond shall definitely make Pink Boss a household name inna di industry."

The entertainer reveals that over the past few years he has recorded many songs and believes that he should be more established.

"Getting into the industry on a professional level wasn't hard for me because producers knew about my talent from the competition. But when me voice fi nuff a dem, for some reason, dem just hold on pan di song dem," he revealed. Pink Boss recalled one instance when, while in the middle of recording, the studio engineer stopped his session to accommodate a more established artiste. He said that while he understood the level of respect for the veteran, "Mi did done already inna mi song and fi cut and thing did kinda bruk my vibes".

"Dem thing deh did just make me pree fi get my own things," he shared. "Mi have Top Scheme Entertainment now, mi have me own studio (which he started last year) and things start elevate already. Mi feel like now a di time weh Pink Boss definitely ago get him run in the industry. Nothing nuh feel as good as knowing anytime yuh wah record, yuh can dweet and nuh producer can't stall yuh thing."

Pink Boss, who recently returned from a brief stint in Germany, says he has also learnt a lot about the type of music the overseas market wants to hear and says he is looking forward to adapting his style to factor in those elements.

""I have even been trying to come up with a new name to rebrand myself and just start afresh. I know it's time to change gears as far as image and style is concerned. I haven't been rocking the pink hair and stuff like that because to be honest, I am a yute weh love variety and the 'Pink Boss' image was kinda limiting. I don't want to be limited or put in a box. I want to rebrand and resurface with a new perspective, new flow and new image," he said.