Roze Don wants to be a game-changer 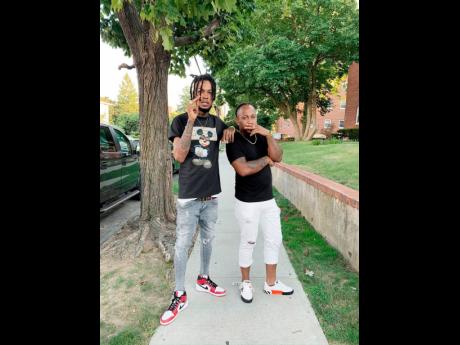 Roze Don believes that dancehall is "getting carried over into the hip hop genre" and is looking to change that.

"Most artistes now tend to record on drill-type beats and not the hardcore dancehall beats, and this has been going on for some years now. Roze Don will bring back the old hardcore dancehall vibe that is missing for a long time now. I'm not saying other great artistes aren't holding the roots of dancehall, but dancehall misses happiness and vibes and that's what I'm bringing to the table," he said.

The Central Village, St Catherine-based deejay has been making a name for himself on the underground circuit with the song Spain Town Badness. The former St Catherine High School student is currently promoting the single Mood. It was produced by 2 Flashy Records.

"The things that every young individual is doing now, I came up with the idea for Mood as I made my observation of what the male and females want to hear. I put it all together so that everyone can enjoy," Roze Don explained.

A career in music was inevitable for Roze Don, given name Jayvon Rose. The 21-year-old, who grew up around music, says his passion was so overwhelming that he abandoned studies at the Portmore Community College, where he was pursuing an associate degree in business.

"I only did a year of studies as my heart wasn't into it and I didn't want to waste my mother's hard-earned money. I plan on going back to school nevertheless to further my studies because education is definitely the key to success," Roze Don shared.

He says that his lyrics are inspired by whatever mood he's in, the things and people that surround him daily and things that he's witnessed growing up in the ghetto.

"My goal is to let the world hear my voice, and inspire the youths growing up in the inner city to be something great," he said.