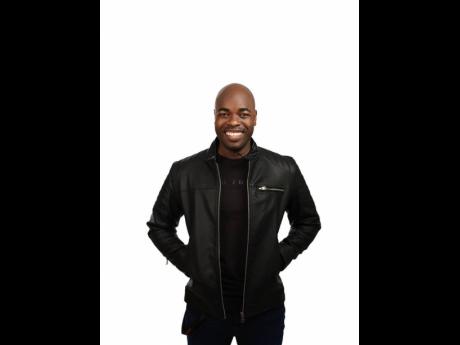 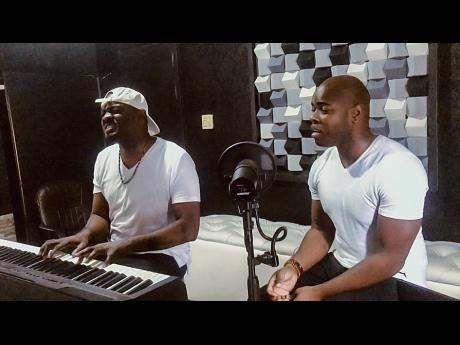 Jermaine Edwards (left) and Cario Young in the studio.
1
2

Three years ago, gospel recording artiste Cario Young embarked on a promotional church tour for his single, Increase My Faith.

It had widespread impact on the religious community, gaining the attention of established acts, in particular, Jermaine Edwards, who wanted to make the song bigger.

The original version was recorded on a rhythm composed mainly of keyboards and a few drum patterns. The new arrangement is different. Edwards, through his Island Worship Productions label, added a live band complement with saxophone and live drums.

"I was honoured to know an artiste and producer like Jermaine liked, and maybe even loved my song and wanted to work with me. He improved with more energy with the bridge we also included at the end," Young told Gospel Spotlight.

Before working with Edwards, he launched a vlog series titled Battles on YouTube, where persons speak about their emotional and mental health battles. Young, who balances his job as a firefighter, is now working on the second season. Meanwhile, the official video on YouTube for the re-produced Increase My Faith has received close to 60,000 views since April, which, for Young, is a milestone.

The singer said, "It is overwhelming to see that response because compared to secular genres, that is a big achievement and just knowing it was a target I set for myself, it has increased my faith. It's tremendous. I am even more content with the testimonies. I received some from the beginning but they have gotten more intense with the new version. That shows the word is lifting them from a place of despair."

Young likened working in the studio with Edwards to being in a classroom, and described him as "a good teacher".

"He listens. He understands my style is different from other emerging acts. At the same time, it was like I was in school with the expert, and it was easy to work with him in getting the ideas out. Gospel should be pure and real; I believe lives can be impacted by sticking to the realness. My style is a mixture of R&B, hip hop and soul, and it gives a unique sound, and the way I write is focused on strengthening the message," he said.

His next track, This Means War, addresses the topic of violence against women, identifying it as spiritual warfare.

"So, my career is progressing steadily as the requests for me to do new songs and productions are also increasing," Young continued.

Edwards equally had good things to say about his 'student'. "Cario is a unique talent with a good voice and good energy, I see a lot of potential with him," he said.

"I don't think there are a lot of persons that I could cultivate their talent like that and we need more gospel artistes in the space. And he is one of the voices we can listen out for. I figure I could steer him in a good direction and I wish many blessings upon him as he continues to grow," Edwards said.