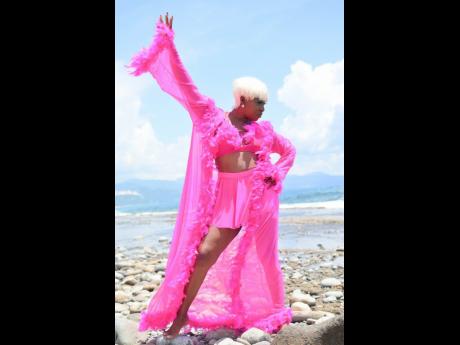 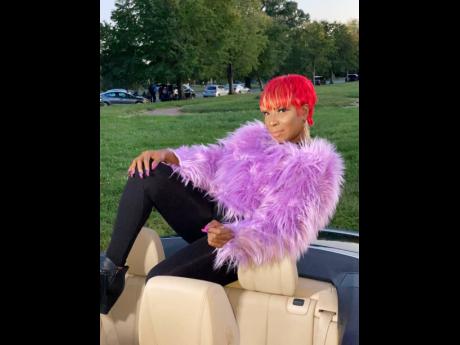 Instagram Live sessions are known to be lively and, true to form, dancers Dyema Attitude and her sister, Tallup, jumped in on Macka Diamond's ' live' this week and gave fans a show to remember.

"Tallup outta order. A we seh big and trending. Memba when we a go town Macka, we nuh go Old Harbour, we seh 'Driver, Young Street.' We nuh want nuh old man fi ole we up," Dyema Attitude declared as she and Tallup performed a hilarious big woman vs young gal dance-off.

Clearly, 'tis the season of fun, frolic and more fans for Mackadocious, the big woman from the Diamond District, who has a shiny new tune that has 'summer banger' etched on its fringes. Macka Diamond has created a buzz with the track, titled Big Woman vs Yung Gal, and Dyema Attitude and Tallup were quite eager to give it their energy.

Macka Diamond, too, dished out a challenge to Tallup, who was hosting her On Stage Tuesdays in Florida. "A me and you this week Tallup. Come prepared because me a go pon mi head top, side top, teeth top, eyelash, braid top. Every top mi ah go pon," Macka Diamond said as she sang, "Walk out and hot, big woman body firm and fat, big woman body clean nuh full a spot."

A delighted Macka Diamond told THE WEEKEND STAR that the song has hit potential.

"Is bare tingz! The big woman dem love the song and the young girls dem having fun. The question is: Who really is a big woman and who is the young girl? This song just took off on its own energy. When ah see Johnny Kool [disc jock] call me and seh, 'Macka this song gone,' I felt really good."

Released two months ago on the Dear Dream label, Macka Diamond said the track was produced from last year, but they were all waiting on "the right time" to drop it. She is planning to shoot the video in the next two weeks.

"The dancers are showing me love and are reaching out me, I don't have to call them. Big up to all the disc jockeys. A lot of big woman from all over want to be in the video, so we will have to find a way to include them. People have been posting themselves on social media dancing to the song, so we are going to have a dance challenge and other exciting things. This is just great," Macka Diamond said.

Dancehall Queen Carlene is one big woman who has been having fun with the song. She posted a video of herself dancing to it and declared, "Big woman versus young gal, Macka to di world!"