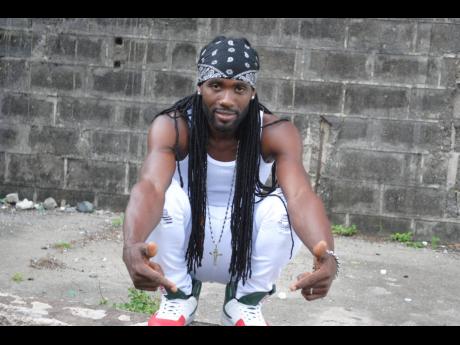 Portland has bred some of Jamaica's most influential musicians including Bugle, Bling Dawg, and Louie Culture.

Recording artiste Spotless is trying to become the latest star from the parish and is currently enjoying some recognition as his single, Curfew Depression, has gone viral. In the song, Spotless tackles current affairs and social issues that he feels many ignore.

"I was at my studio setting up a session to record an artiste on a beat Fame Beats sent me and while I was waiting and listening to the beat, inspiration struck. The beat is inspired by Jah Vinci's Virgin beat, so I did something I had never done before and used someone's flow and somehow it worked. I have to give credit to Jah Vinci because he is the original founder of the melody I used in this song," he said.

"My friend General motivated me to push the song even though I had no intention of releasing it. General gave it to a few people and he started getting a lot of requests for the song, and it was at that time I decided to send it to Twins Of Twins," said Spotless.

"Tulox featured it on their YouTube series called My TU Sense and the comments went crazy. 'Bad Bwoy' Trevor featured the song the next day on his live show and by that time Twins Of Twins had sent it to Jah Vinci himself, who liked the song," he continued. Very soon, it was all over Instagram and TikTok.

"The song is getting a lot of love and I am thankful that I am able to use my music as a tool in the fight against the system," Spotless added.

Entertainers like Tanya Stephens and Stacious have also complimented him.

While Spotless continues to bask in his musical breakthrough, he states that he has new music slated to be released in coming weeks.