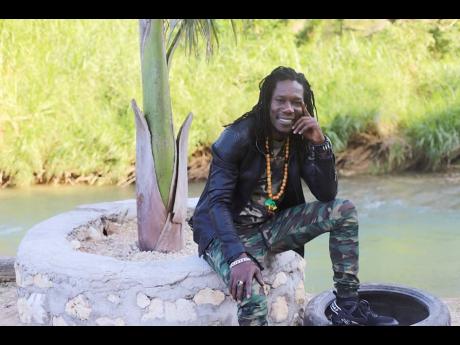 "The album surrounds themes such as poverty, injustice and corruption," said the artiste. He is currently promoting the singles Class War, Don't Cry and Conqueror.

"The song Class War is very relevant at this time because COVID-19 has caused major inequalities in Jamaica. The rich are getting richer, and the poor are slipping deeper into poverty," he said.

According to the Statistical Institute of Jamaica (STATIN), in January, there were 1,194,800 employed persons. This was 74,300 (or 5.9 per cent) fewer persons when compared to January 2020. Also according to STATIN, the youth unemployment rate (persons aged 14-24 years) was 22.8 per cent in January, 3.8 percentage points higher than January 2020.

"The poverty in Jamaica is reaching a dangerously high level, there is greater unemployment among the youths, most of whom are the ones are committing the crimes. That's why there is going to be a class war. It is almost inevitable unless we find a way to redistribute the wealth fairly," Terro Melody reasoned.

During the ongoing COVID-19 pandemic, two of the richest people in the world, Amazon's Jeff Bezos and Tesla founder Elon Musk, both saw their respective net worths skyrocket.

Terro Melody writes and uses conscious lyrics of reggae music and soul music, which are uplifting to the people.

"I am motivated to make music by what is happening in my surroundings, my country and the world in general," he said.

He opened for lover's rock heavyweights Beres Hammond and Maxi Priest in the United Kingdom in 2016, and he has been steadily gaining fans.

"I am taking it one day at a time. I believe everything happens within the time it is supposed to happen," said the St Ann native.